I have always been a sports car guy. I’ve had a passion for Porsche, Ferrari, etc since I was a kid. To be honest, I was kind of a snob about those things and looked down my nose at truck owners. I am a reformed snob, and this is my story:

A physician friend of mine once told me when he was a kid his Dad had a 1964 F100 and he always wished he could find one to relive the memories. He then asked if I would help him find one, to which I agreed. Since trucks weren’t really my thing, I didn’t know where to start but kept my eyes peeled. As dumb luck would have it, I found one a few miles from my house at a little used car lot. I examined it and decided, as far as trucks go, this one was in decent shape. Although the original paint was old and faded, it was 100% original, had never been wrecked or modified in any way and ran like a sewing machine.

I called my friend and the next day he met me at the lot. A big smile spread across his face, but after he drove it and realized an early 60’s truck didn’t exactly have the creature comforts of his Mercedes he decided to pass. It didn’t matter to me, so I went about my business. Day after day I drove past the little truck, proud I was above such things.

One day a strange compulsion came over me. I stopped, examined it again and bought it. I rationalized having a “beater” truck to haul things around might be useful to me. My wife, ever the pragmatist, rolled her eyes. I promised over and over I had NO desire to do anything with it other than use it for what it was intended.

A couple of weeks later she had to leave town for the weekend. A pet peeve of mine is a dirty engine bay, so I got out my pressure washer and went to work. When I was done, I wasn’t any happier with the results than when I started. Although all the grease and grime was gone, it still looked old and tattered. The biggest offense was the rusty voltage regulator cover. Looking back, it was that dang voltage regulator cover that started the whole mess and costs me thousands of dollars I had no intention of spending!

I removed the cover, sand blasted it in my blast cabinet, primed it, shot a fresh coat of Ford blue paint on it and reinstalled it. It looked great, but only magnified how bad the rest of the engine bay looked. I next removed the air cleaner cover and repeated the process. And so it went the entire weekend.

When my wife returned on Monday she noticed the truck wasn’t parked in its spot and asked where it was. I sheepishly motioned for her to follow me to my shop. When she stepped inside and saw I had totally disassembled the entire truck while I was unsupervised and it lay in a million pieces in my shop she rolled her eyes, shook her head and went back to the house.

‘It was an accident!’ I assured her. She wasn’t buying it! That dang voltage regulator cover!!

Over the next three years I took each and every piece, inspected it and either refurbished it to like new or replaced it with LMC parts. I tried other suppliers, but quickly learned only LMC had the correct parts at a fair price. My obsession was to turn my little neglected truck into like new 1964 condition using only the best parts available. LMC’s fair prices were just a bonus!

Thanks to LMC and an understanding wife my 1964 F100 has won many awards and was recently invited to show at an exclusive, by invitation only show put on by the Governor of the state. Thanks, LMC!! 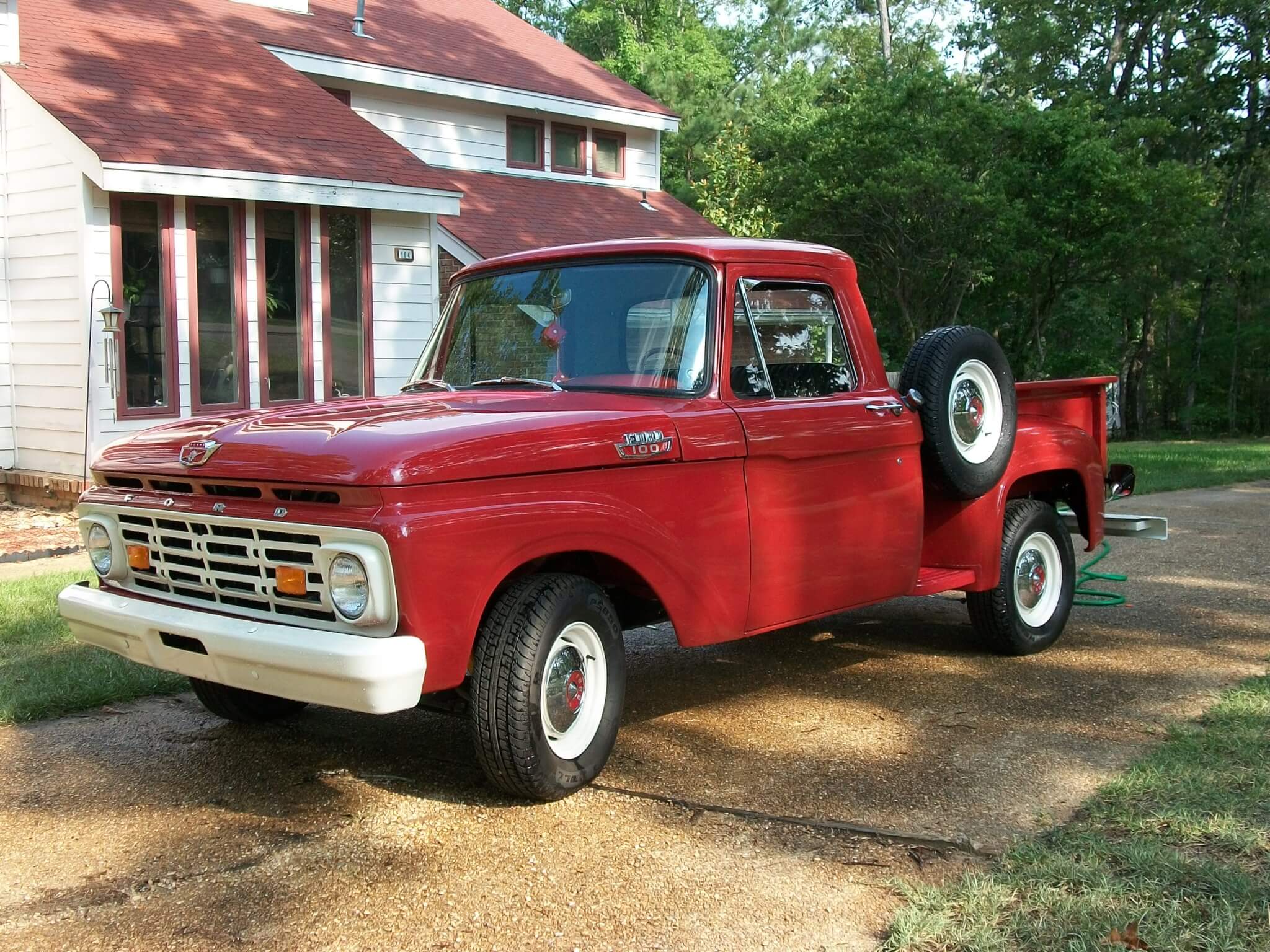 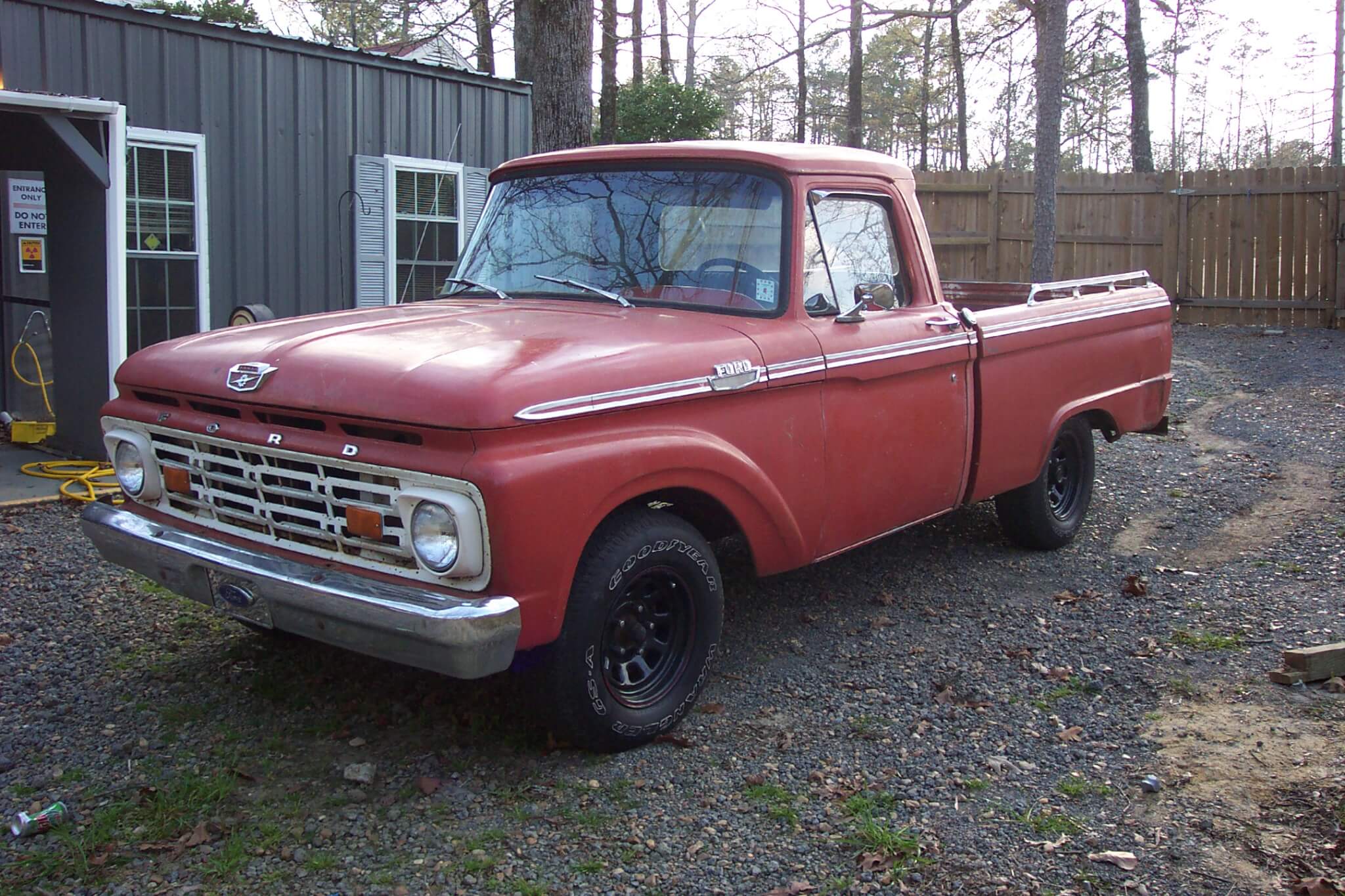 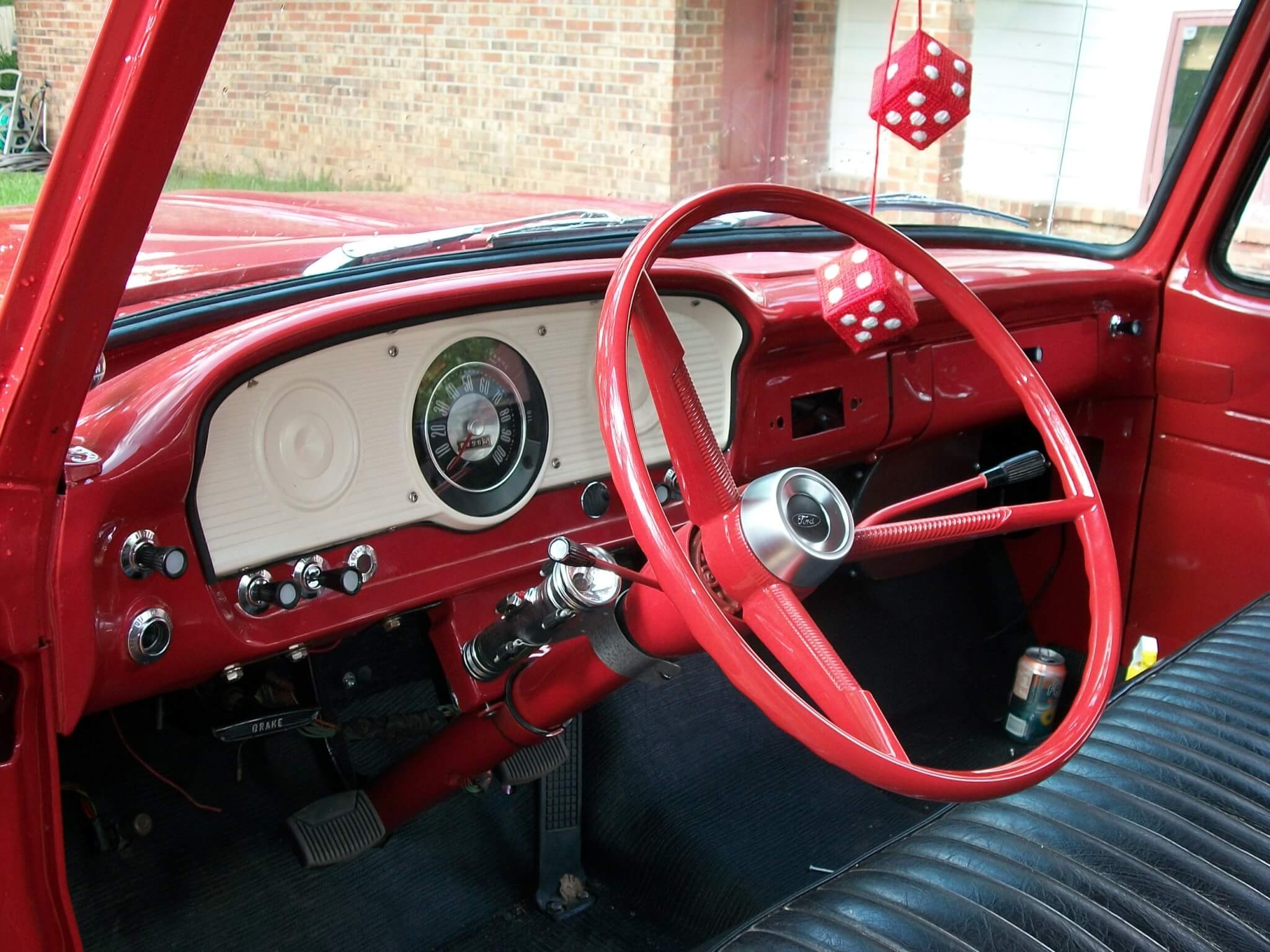 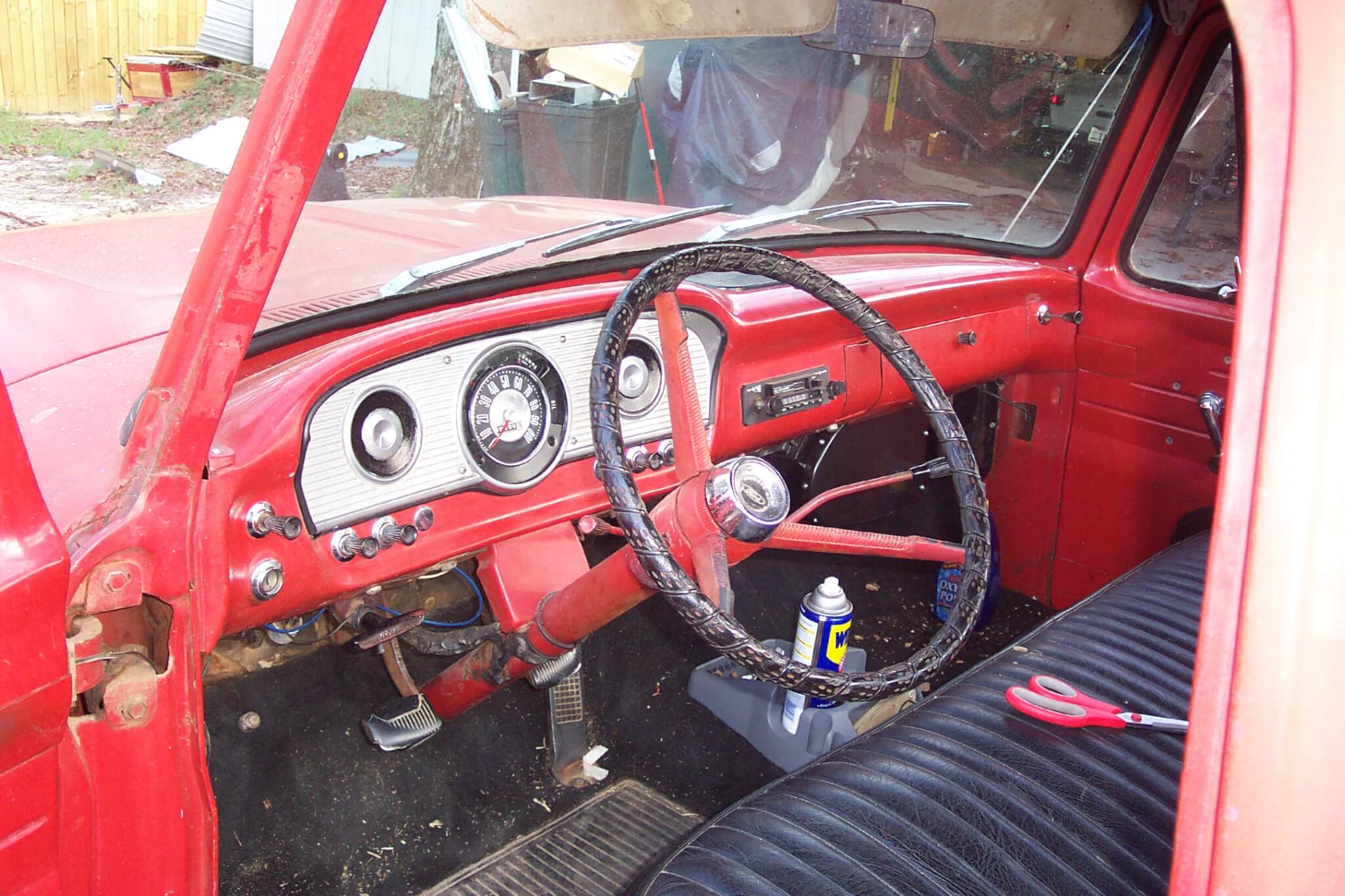 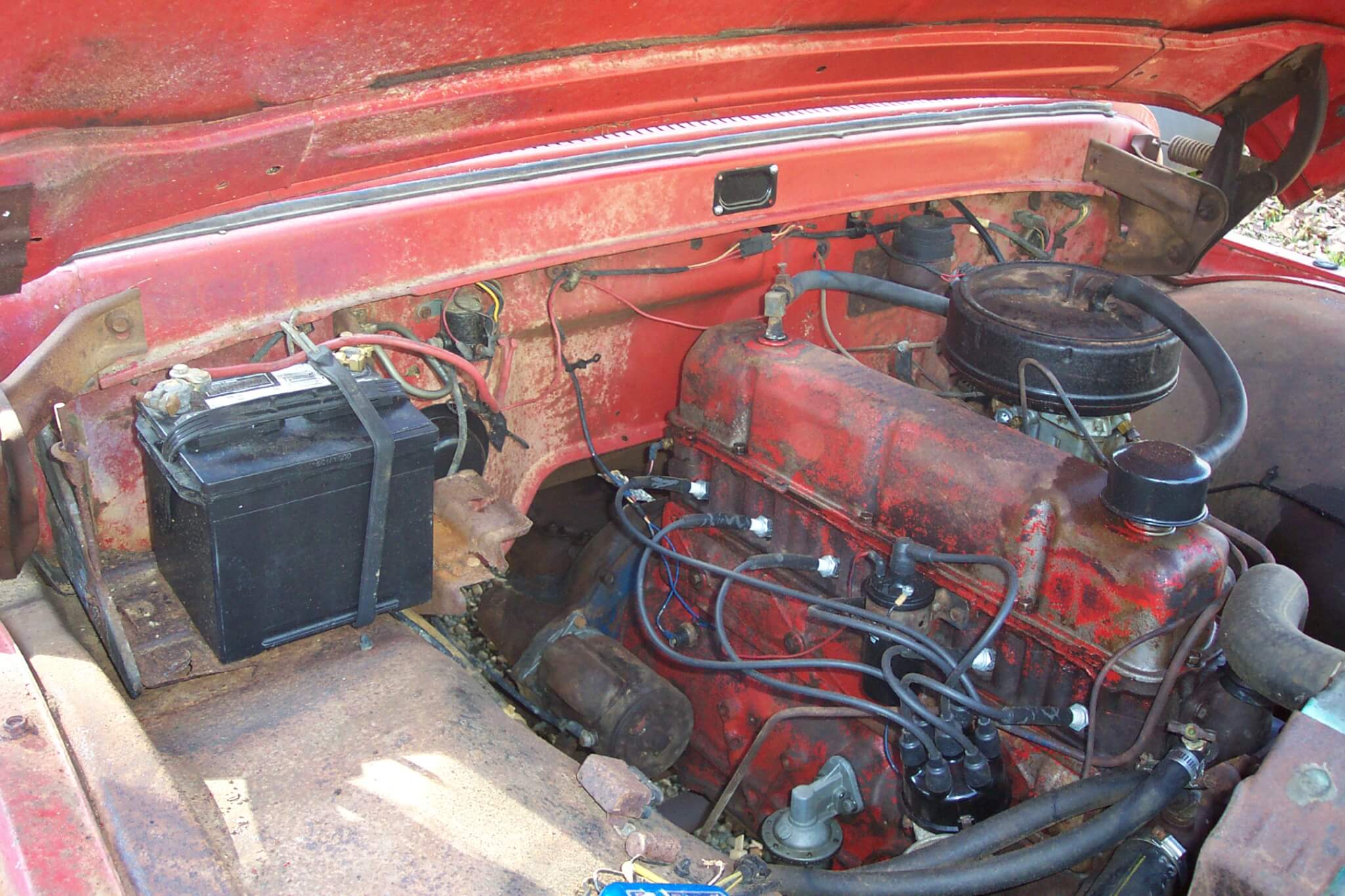 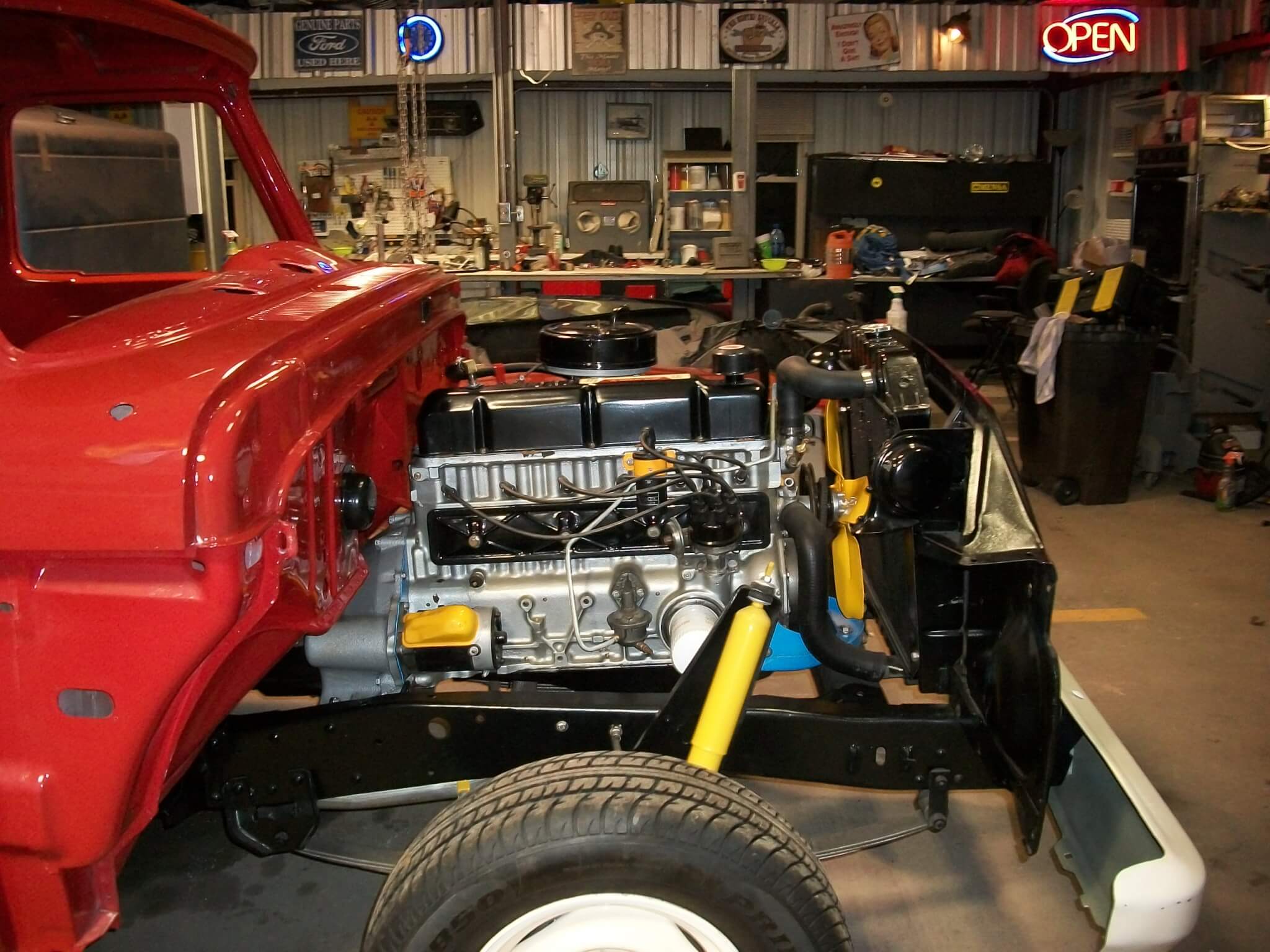 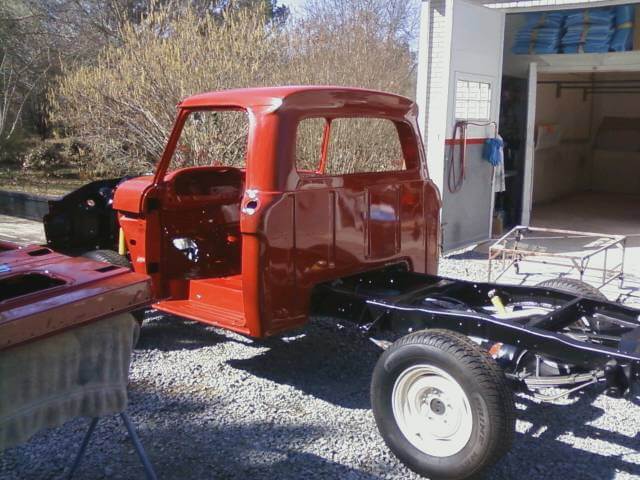 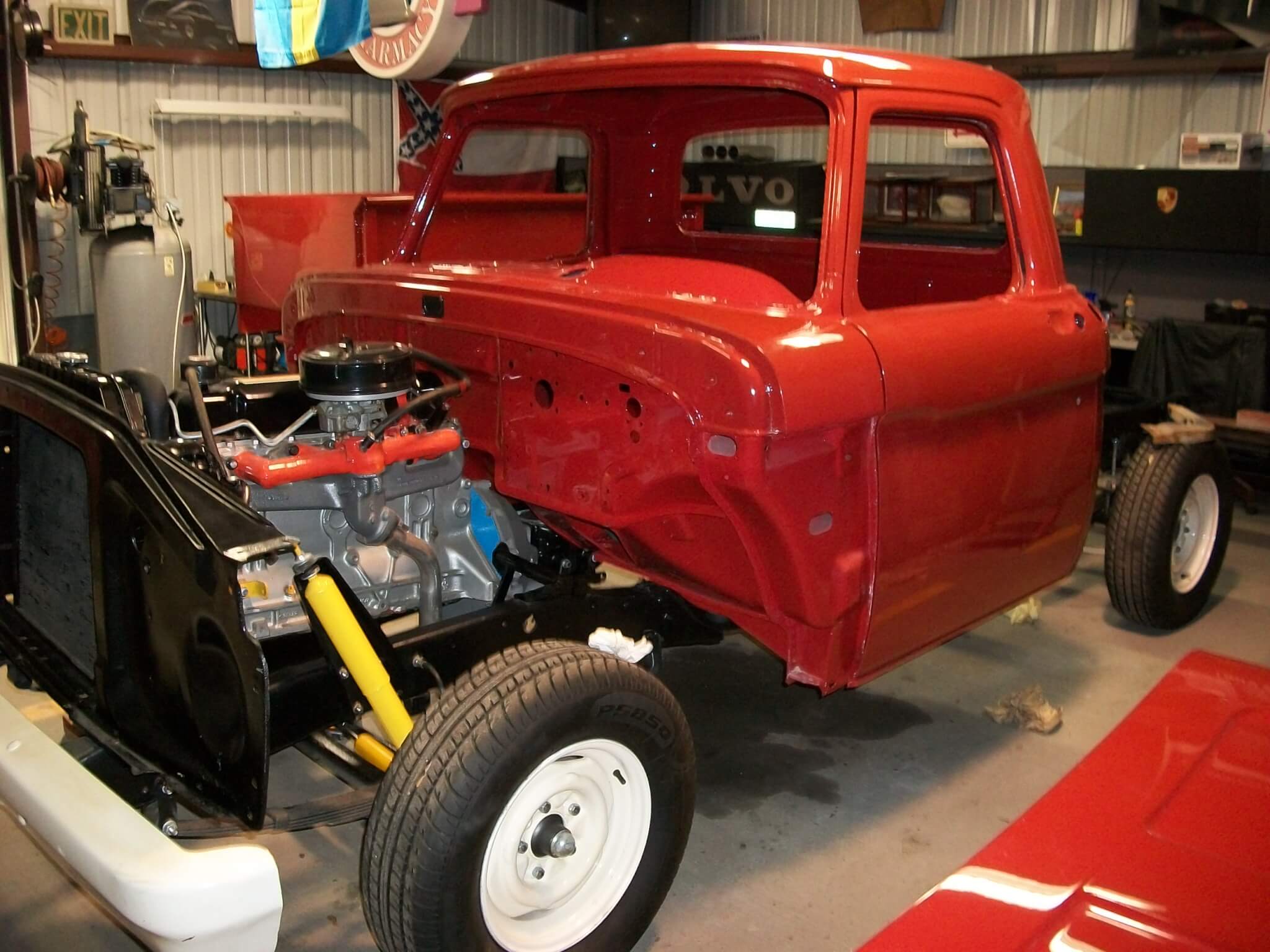 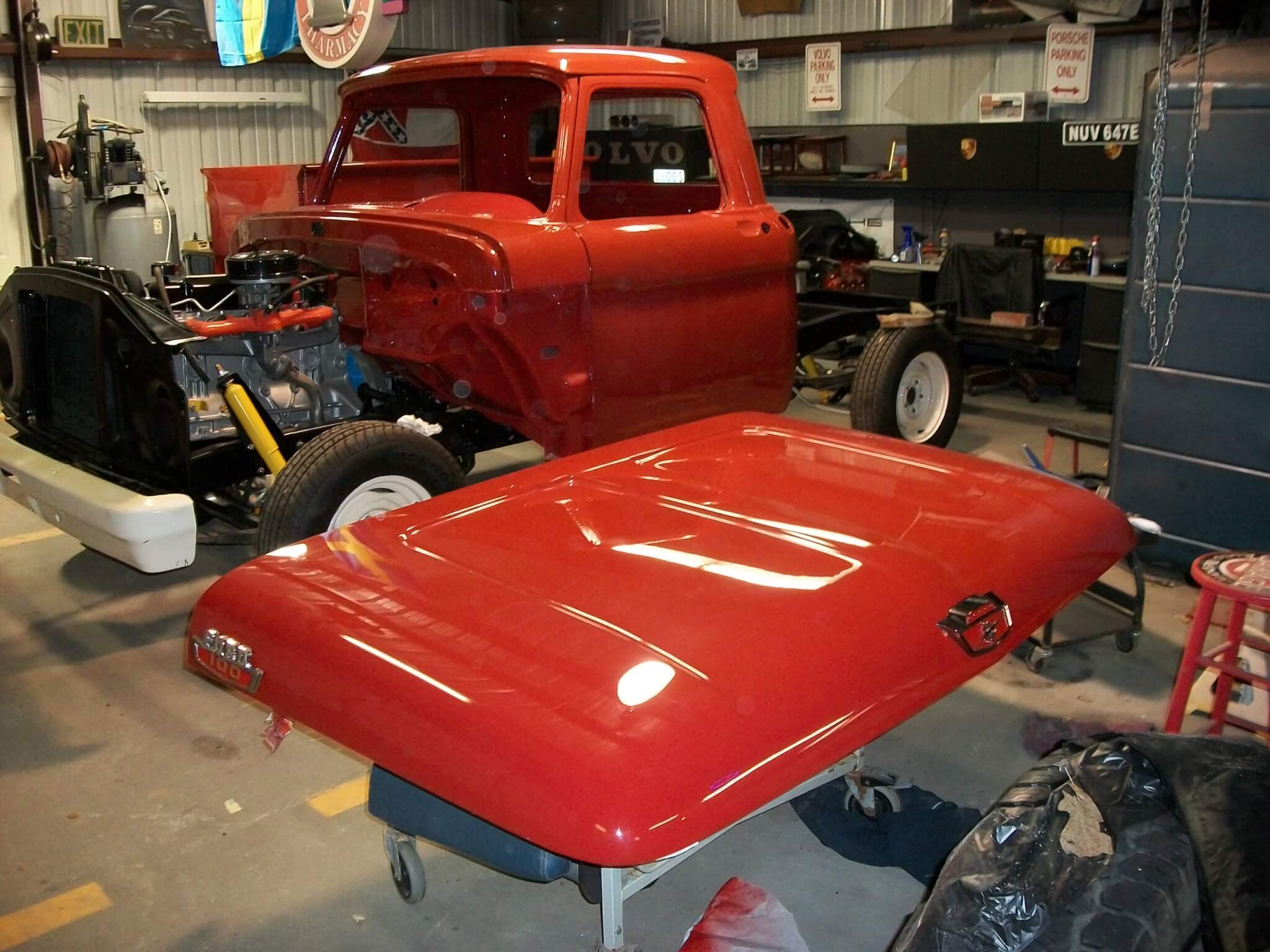 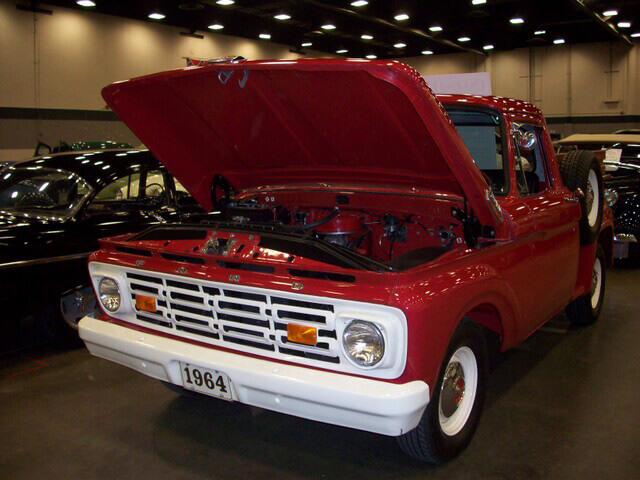 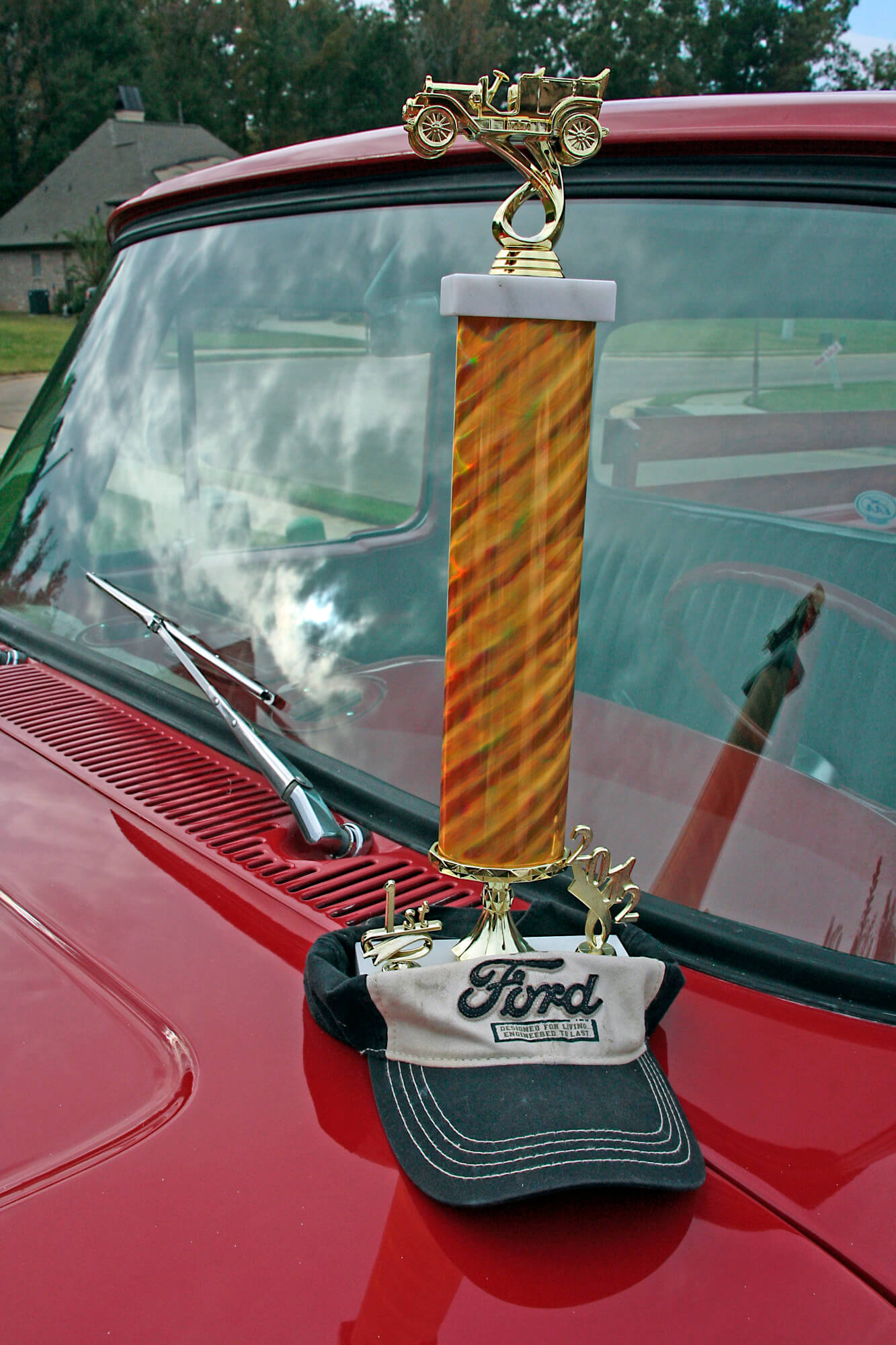 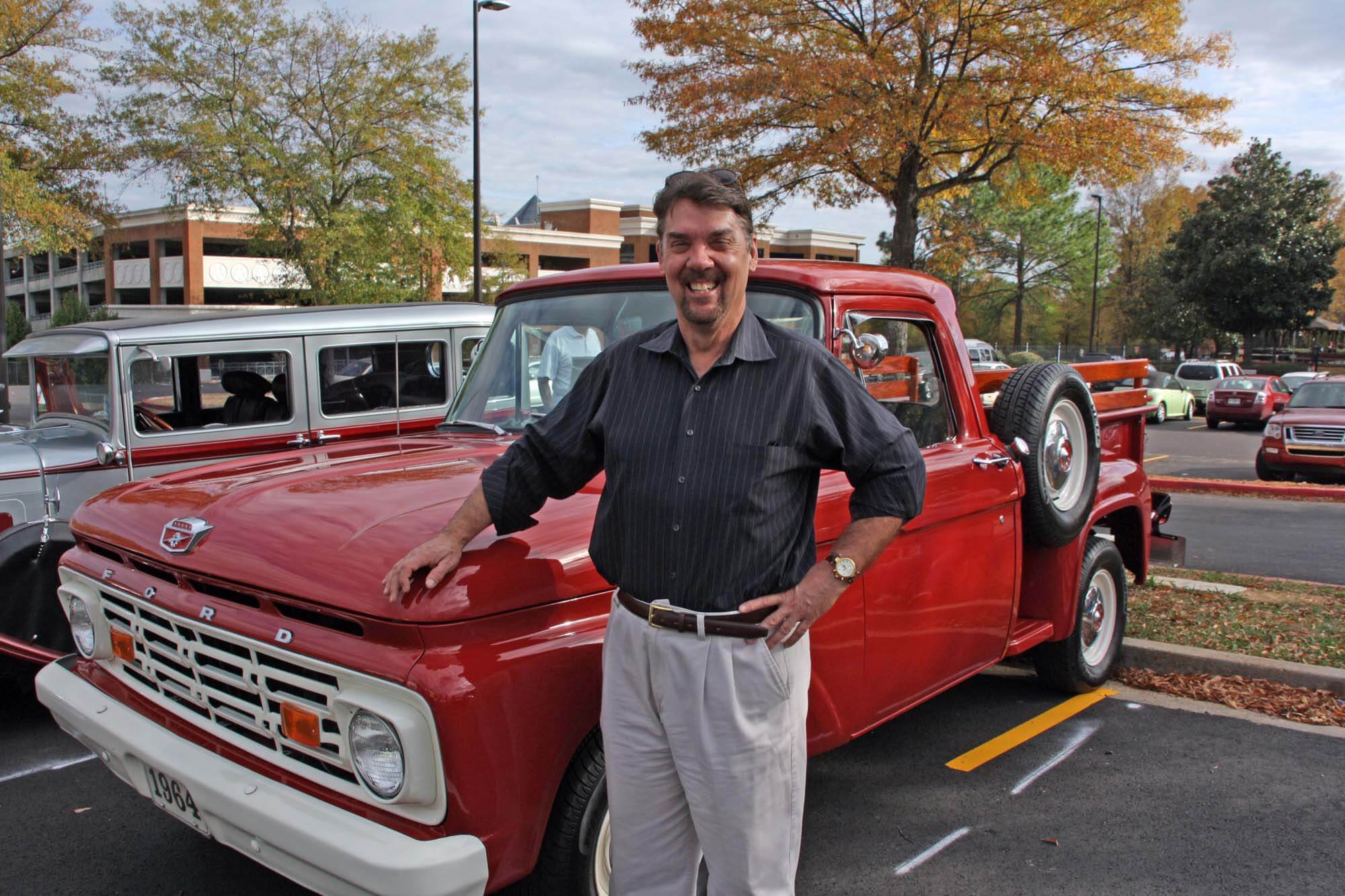 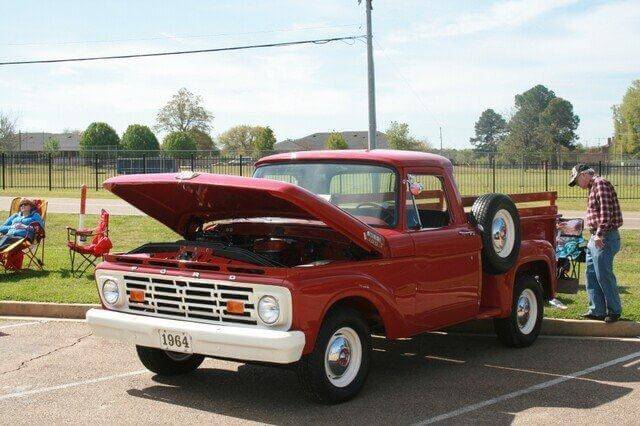 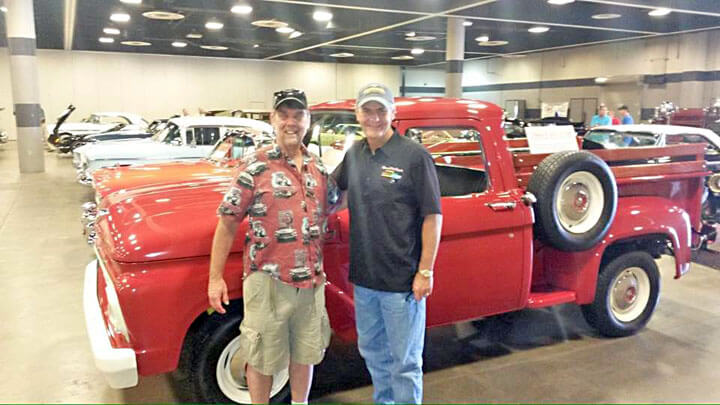