My grandpa bought the truck new in 1966 from the Ford dealership in Plainview, NE.  It is just a farm truck, the Big 6 engine with 4 speed on the floor.  My dad bought the truck from Grandpa around 1971.  I drove the truck to high school a lot, especially in the winter.  My brother continued to use the truck on the farm until around 2013.  In 2016, I was home on the farm and saw the truck setting behind the chicken coop and decided to bring it back to Wisconsin to restore it before it grew into the weeds.

The old girl had a hard life on the farm.  Both front cab mounts were gone along with the front radiator mount rusted away.  The front of the cab was literally resting on the steering column.  The bed of the full-size box in very bad shape.  As far as the rest of the body, there was not a lot of rust, but it required a lot of straightening.

I did a total frame-off restoration, every nut and bolt, in the alleyway of a friend’s unused horse barn.  I had the frame blasted and epoxy painted.  All the other parts, I bought them one piece at a time, blasted and painted them as I reassembled the truck.  I took the 300 Big 6 engine to be rebuilt at a shop.  You can’t beat the Ford 300 Big 6.  I still have some of the trim to shine up and replace.

It took a total of 5 years to complete the restoration, but I had it done in time for the Labor Day parade and car show in Wausa, NE.  Dad was all smiles to see grandpa’s truck back on the road.  I plan to put on a few road trips. 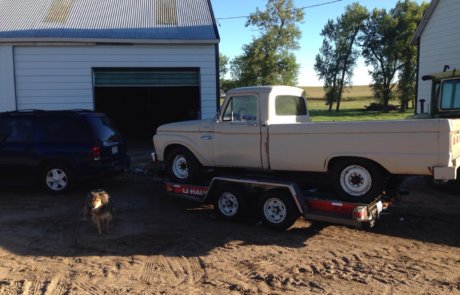 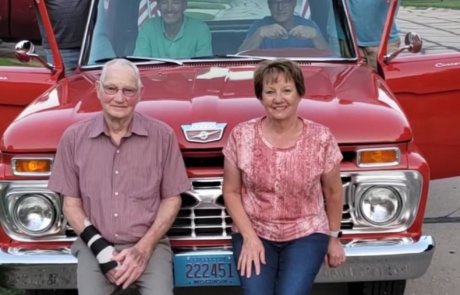 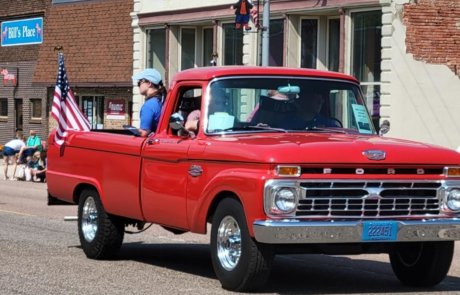 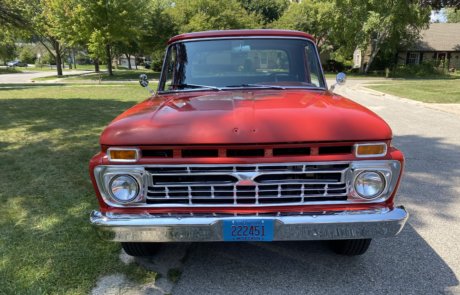 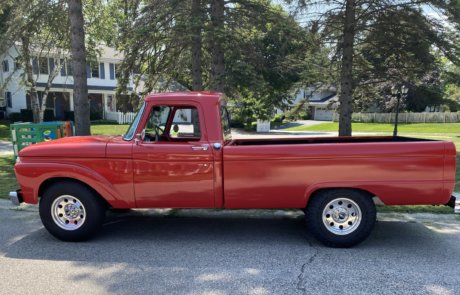