I first spotted this F150 in my neighborhood in 2003.  I left a note with my number and, of course, never got a response.  I ran into the owner and introduced myself and inquired about buying the truck.  He said maybe one day, but I knew that was a no.  We talked from time to time about the truck and he never was ready to let it go.  17 years later he passed away and his wife called me and said Phil told her to sell me the truck.  I have been the proud owner for 2 years now, but an admirer for 19! 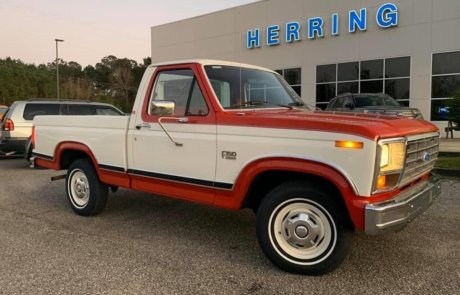