About 20 years ago, I was in need of a pickup to have around the house for dump runs and whatnot.  I ended up purchasing this 83 Dodge D-150.  It was a base model slant six truck with no options whatsoever.  The previous owner painted it a borderline purple color so my sons and I named him Barney.  Throughout its time since ownership it was starting to really show its age.  I ended up selling it to a friend for 1,000 dollars only to buy it back about a year later. My sons and I realized how much it was part of the family and how just simple drives here and there were special.  Upon return from a deployment with the Armed Forces, I made the decision to put some needed time and money into the truck and bring it back to its former glory.

I ended up pulling the drivetrain and doing a big block conversion; this was a relatively simple job.  The end product was a rebuilt 383 connected to a 727 transmission and backed up by a 8 3/4 sure grip rear end.  It also received its factory paint color along with a complete interior restoration using many parts from LMC Truck.  Future plans are to upgrade to power brakes, power steering, and potentially convert back to standard transmission.  Even on its worst day, people always comment on how nice of a truck it is or that “I had one of those”.  Although no longer purple, the name Barney stuck and it is still used on dump runs or towing my sons dirt bikes on the weekends. 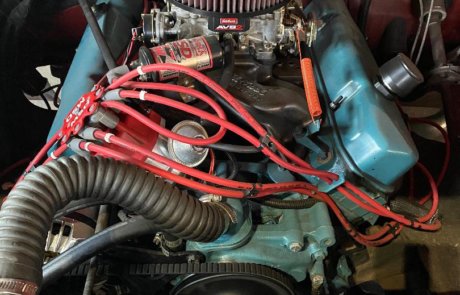 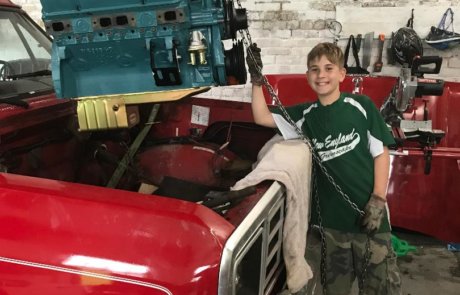 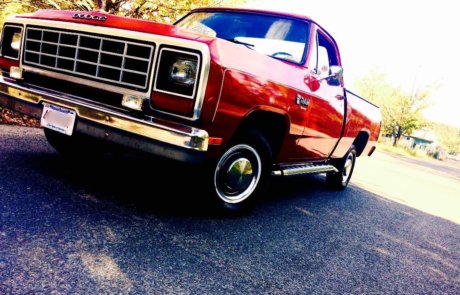 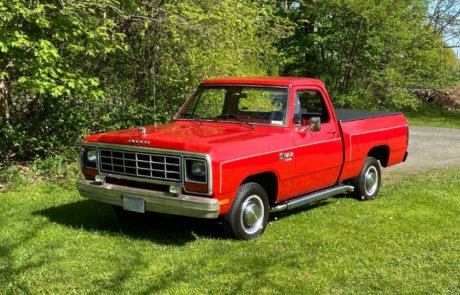 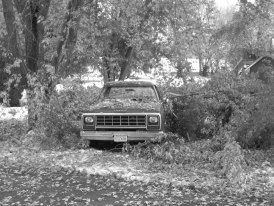 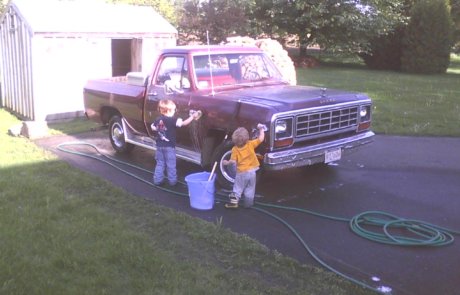