I bought this truck from my friend Mitch who belongs to our car club, Last Century Hot Rodz and Haulers in Clarksville Tennessee.  He had brought it back from a farm in Alabama where we think it was for most of it’s life.  The owner had passed on and my friend bought it from his daughter.  It had approximately 63,000 miles on the odometer and it was in need of a lot of help.  Mitch sold it to me because he already had too many truck build projects.  After we transferred ownership and I began to tear into it, I found that most of the cab floor was toast along with a portion of the bed.  Also brakes were completely gone and some of the structural parts that held the cab on the frame were eaten up.

I discovered that the bottom of the gas tank was full of holes and I ordered another from LMC Truck and ran it off of a can until I got the entire fuel system put back together. I also replaced or rebuilt the water pump, fuel pump, starter, generator, the entire exhaust system, some wiring, belts, hoses, and pretty much the entire cab floor when I got a floor out of an F250.  I did some of the labor but when it came to metal fab, paint, and patching rust another one of my car club friends provided that labor and expertise.  Oh yeah the bench seat also had to be reupholstered, carpet replaced, the radio replaced, mirrors hung, rear bumper rechromed, and carb rebuilt.  Now the old 292 Y-Block is a reliable powerplant, that although not fast is still a great deal of fun to drive.  Also I converted the distributor to electronics, replaced the mostly missing battery hold down hardware, and replaced all of the window rubber seals.  I replaced the old single exhaust with the crossover pipe with rams horn type manifolds which gave it duel exhausts and a bit of a horsepower upgrade.

Soon after I purchased the truck I decided to make it a tribute truck to my Dad, a World War II Marine.  I will do the lettering on the doors with his name included.  Besides Mitch, thanks to Anthony and John for pitching in to help me with heaps of the work. 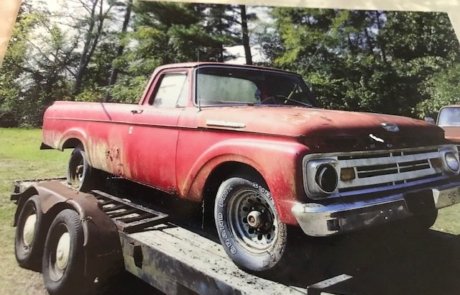 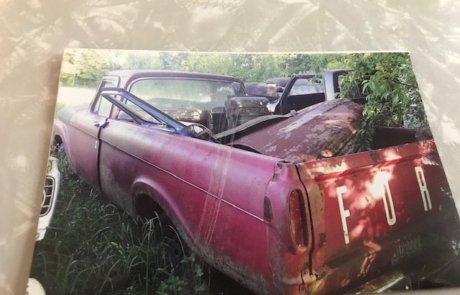 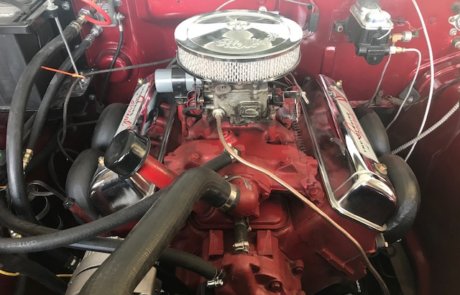 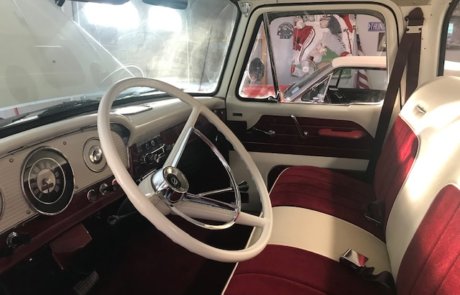 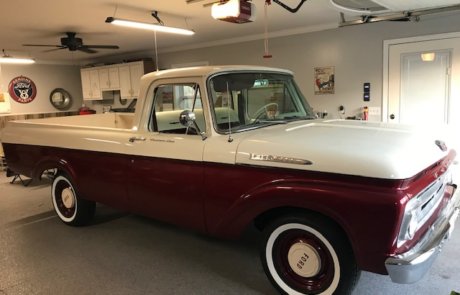