I bought the truck for $500 when I was 16 in 2002.  My dad and I pulled it out of a Howells, NE junkyard.  The 3-speed trans was in the bed.  All the clutch parts were missing.  All the brake parts were missing.  We didn’t have a cell phone, computer or the internet.  Luckily a highschool friend showed me an LMC Truck catalog so I could see diagrams of how it all went back together and what parts we would need to purchase.  We eventually got it all together and tried backing it out of the garage.  Instead it lurched forward because we put the throw out bearing in backwards.  That mistake broke the 3 speed tail shaft.  Luckily a local salvage yard had one.  Round 2 of getting the truck driving got us up to 50 mph before the 292 Y-Block spun a bearing, blocked oil to the heads, and broke an exhaust pushrod and bent the intake push rod.  Exhaust escaped from the carb and caught the air filter on fire.

We pulled the engine and pushed the truck to the back of the garage where it sat until I got out of the Marines in ’09.  A failed attempt to fix it at a shop in Dodge, NE led me to drag it to a storage unit in Lincoln, NE.  I disassembled the engine and took it to Charlie’s Speed Shop in Blair.  While the engine was being bored out and the crank was reground, I re-wired the truck with a painless 12 circuit kit.  I also painted the floors and engine compartment.  The engine got a John Mummert 4 barrel intake, MSD electronic distributor, mild cam, and was built to handle ethanol fuel.  After installing the engine, I discovered the steering sector shaft was too worn out to be used.  I put in a CPP power steering gear box and new drag link.  On the 4th of July 2019, I drove the truck out of the storage unit and went home with it.  On the way we hit 60 mph for the first time.  Since then it’s gotten a racing fuel cell under the bed, a dual chamber brake master cylinder, and the optima battery is now hidden in a vintage ice chest sitting in the bed of the truck.

A working parking brake is next and eventually a 2″ drop axle and new king pins and bushings will go in before the original king pins decide to kill me on the highway. 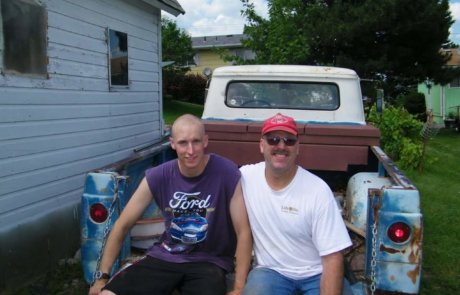 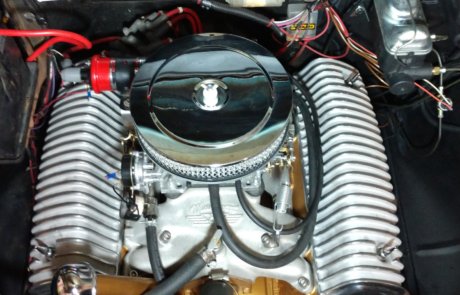 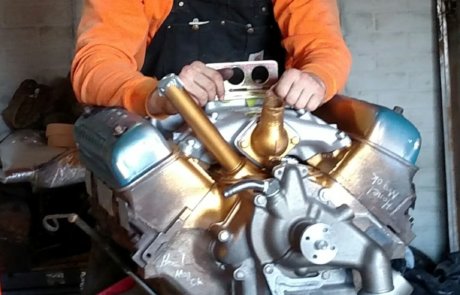 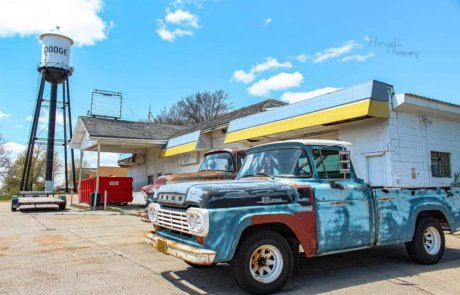 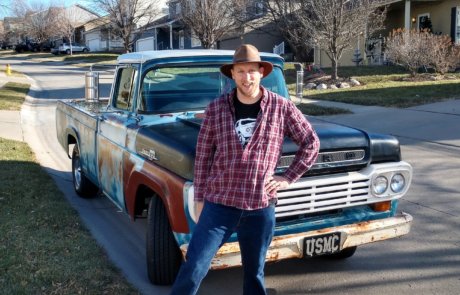