Dad bought this truck in April of 1981.  I drove it during high school but it was always understood it was his truck.  After I graduated and left home, he did a refresh on it and was driving it to work right up until he retired in 2006.  Several years before he retired he was involved in a wreck and the truck was totaled by the insurance company but he chose to keep it.  He let the guys fix the damage in the body shop at the Dodge dealership where he worked for almost 30 years.  They shot the originally silver truck with a white primer and never got around to painting it.  After retirement and some health issues, he parked it in the back yard and rarely drove it.  He and I would go out and visit the old truck in the back yard and I did some minor work on it and kept it running for him even though he wouldn’t drive it anymore.  My last picture with my Dad was of us looking under the hood of the old Power Wagon.  After he passed, I brought it to my shop and started a full restoration.  I decided to take it over the top.  It had to be silver again, so I stripped it down and repainted the entire body.  I bought a ’72 crew cab and donated the Utiline bed to the cause.  I also bought a ’92 Turbo Diesel pickup and rebuilt and transferred the drivetrain, dash and wiring over.  After installing a 4 inch suspension lift I converted the truck to cross over steering with a Borgeson shaft.  LMC Truck was instrumental in helping me acquire several parts.  I was so thankful to find LMC Truck out there in an ocean of Ford and Chevy restoration resources.  It took me 2 years to get it done, but in the end it was worth every minute.  I preserved some of the elements of the old truck that remind me of my Dad.  It’s absolutely gorgeous and gets ridiculous attention when I drive it.  People tell me it looks like a giant Tonka toy. 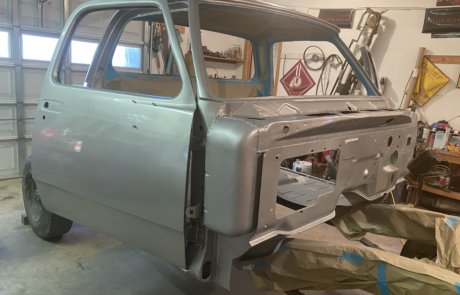 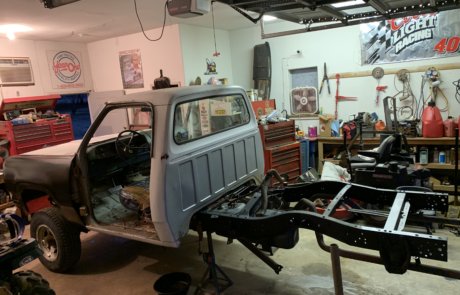 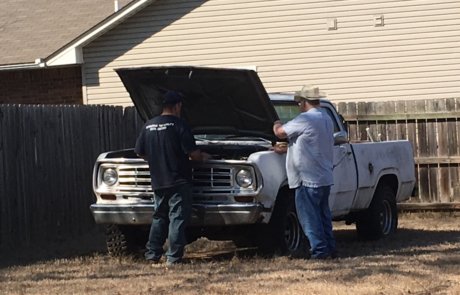 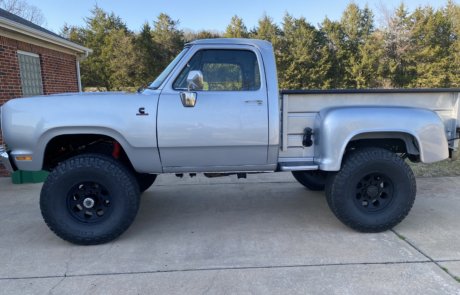 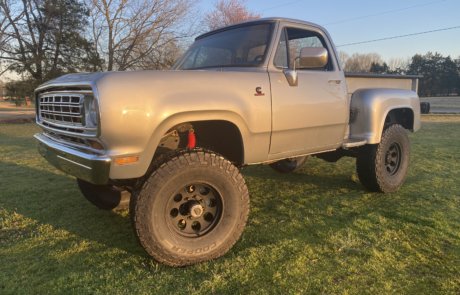 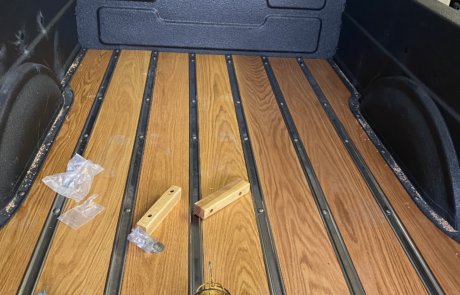