The 1977 Ford F-150 was my first truck, purchased new.  Then in 1984 our daughter arrived, even though her ride home from the hospital was in the F-150, we knew our family would eventually outgrow the truck.  So with a heavy heart I sold it in the fall of ‘84.

Sixteen years later, in 2000, the same individual I sold it to asked if I would be interested in buying the ‘77 F-150 back.  He had started to restore it, but had several projects on the go and didn’t have time.  He understood my attachment to the truck and knew I’d complete the restoration.  Well, 22yrs later, on 2020, I had just retired, and had the time, the overdue restoration began!

The truck had been through several motors, and now had a 460ci out of a ‘73 T-bird.  He had bought a ‘79 F-150 wreck for parts, which had air conditioning, power windows, and power locks.  So, essentially I got a truck and a half!

LMC Truck was a great resource for box parts, fenders, tailgate, fuel tank, mirrors, carpet, seat cover, door panels, and everything that I couldn’t find at the salvage yards!  Some body parts couldn’t be found, but I was fortunate to have a metal fabricator, Mark, on the build who was able repair the rusted out box sides.  He also did the body and paint, and mechanical and electrical.  I was very fortunate to have found Mark . . . and yes, I did learn a lot from him!

Oak box floor boards were painted the same medium grey colour as the exterior, excess paint was wiped off and clear coat was applied.  It was a complete body off restoration, but the ‘crowning touch’ was finding the custom 3” roll bar, my late father had built in 1978, and mounting it in the new box . . . very sentimental. 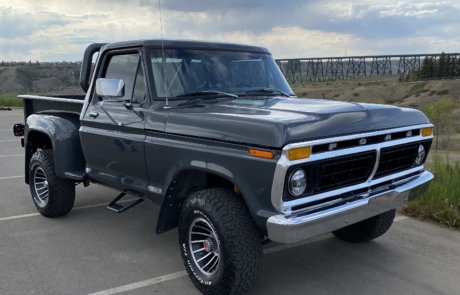 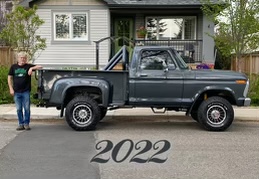 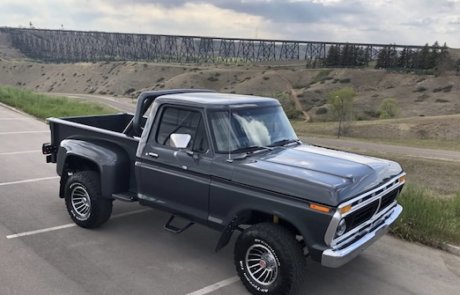 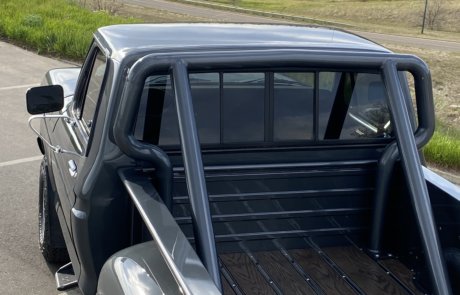 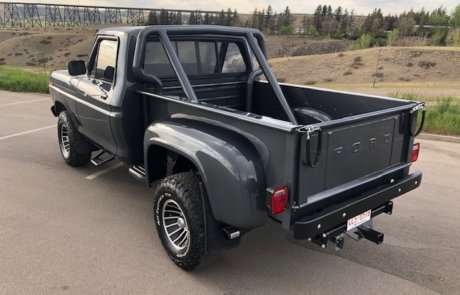 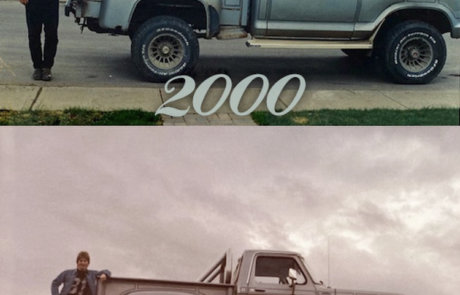 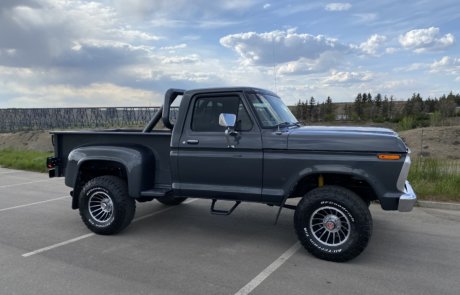 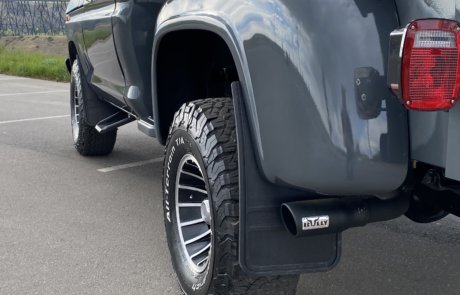 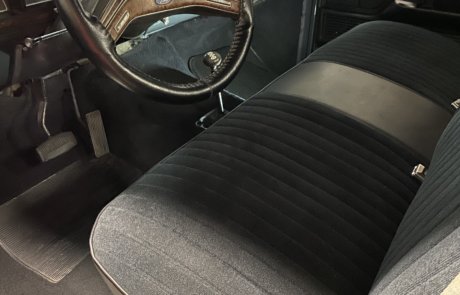