Growing up in the 80’s I always saw the full sized trucks and wished my parents would buy one.  Instead, they bought a 1986 Nissan king cab.  They bought it since it was on sale as that’s the same year the hard body came out.  This one was not that.  Throughly my life, I loved trucks to the point I would get mad when journalists would say it “drives like a truck” when it was a truck.  When I was in college, all my friends where driving the Chevy c/k 10 and S10s.

As I got older, I wanted a car or truck from my childhood.  Recently, we bought land and we needed a truck.  I kept seeing this black and silver C10 for sale on our way to the property and kept thinking I need to stop.  A little over a month ago, I was driving with my wife and mentioned the truck and wondering what he was asking.  This time my wife said to stop and ask, so we did.  We found out it was a 2 owner with the second owner a collector, it only had 63,000 original miles, and just recently had $4,600 in maintenance in the past few years.  They had replaced all the bits that degraded over the years.

So, with my wife’s blessing (surprised) we purchased the truck.  Now my 16 year old son who was not into cars wants it, and wants to take it car shows.  We even attended the C10 Nationals in Dallas per his request.  Now with my 13 year old son, we are working on refreshing the interior with original parts to bring it back to new.  So far, it been a dream come true having a truck from my youth, and something I can work on with my sons. 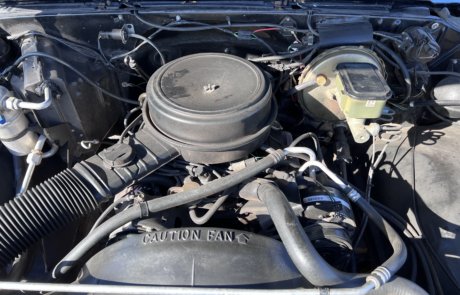 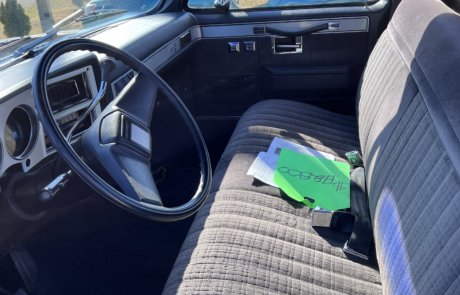 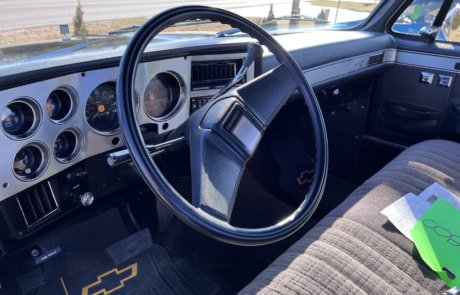 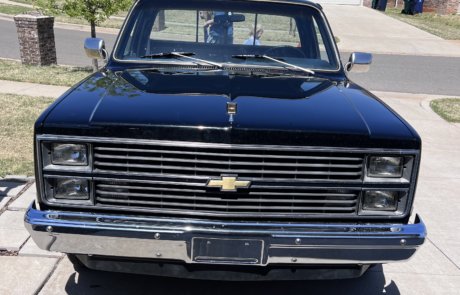 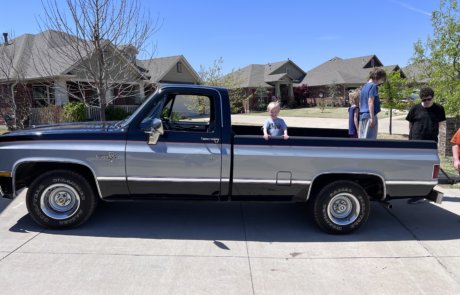 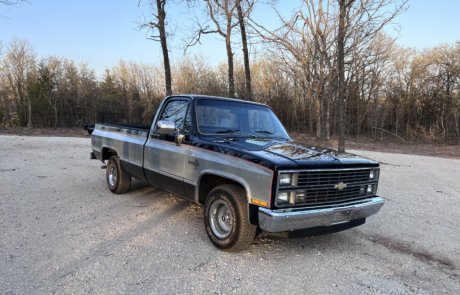