Our 1982 Dodge D250 has been in the family since new.  It came from factory with a two barrel 318 motor, and an NP435 4 speed transmission.  The only additional option on this truck was the sliding rear window.  It has been a farm truck all its life, but properly maintained and well cared for by my dad, as he was the sole driver of the truck up until 2006 when he took it off the road.  The truck is mostly original, aside from things like a new paint job (about 25 years ago) and other small cosmetic changes (i.e. swapping out the step bumper for a more sleek chrome one).  For a brief time when I was younger, I remember riding in the middle of the bench seat between my mom and dad.  I remember it being used for pulling wagons hauling wood, bales, etc.  I’ve even found pictures from when it was new.  After sitting until 2018, I decided that Dad and I should start bringing it back to life.  With the help of LMC Truck parts, they’ve helped make this truck road worthy again.  It’s nice driving it around locally and having the occasional person recognize the truck as my dad’s.  Now it is my daily driver during the summer months, to avoid the harsh winter conditions in Southern Ontario, Canada.  This year, we are going to be putting in some new interior pieces provided by LMC Truck, and will be bringing it to Moparfest, Canada’s largest all Mopar car show. 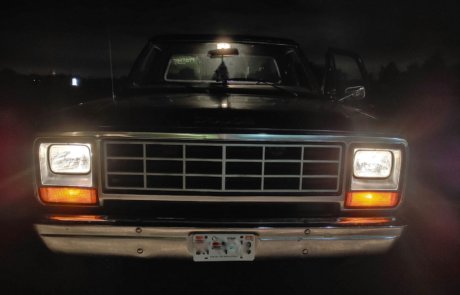 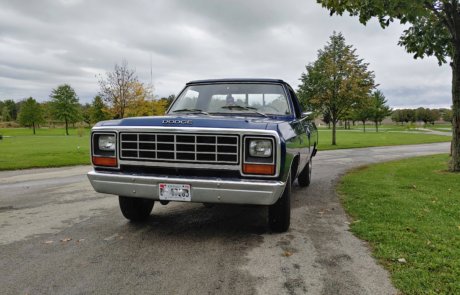