I was on the look for a daily driver and came across an ad for a 1987 F150 with original paint and rust in the usual spots…floors, cab corners, lower door panels, rear wheel housings etc.  At $2,100, I figured I’d at least make out good even as a parts truck.  I sent the seller a $1,000 deposit after a brief phone conversation.  The following weekend I made the 20 hour round trip to retrieve my new prized possession.  Turns out, I was dealing with the owner’s son as the owner had recently passed on after a battle with cancer.  I immediately made an emotional connection with the truck and decided to restore it.  The truck was purchased in Pincher Creek, Alberta at the local Ford dealership and had not traveled far.  The owner lived in the close by community of Beaver Mines, Alberta and used it mostly as his hunting truck.  I loaded the truck up on the rented U-Hual dolly and hopped in our 2020 Ford Explorer ST to tow the F150 home (I bleed Ford Blue).  I finally pulled in at home in the overwhelmingly inert city of Regina, SK (home of my wonderful wife). Let me tell you, she was not impressed, nor were the neighbors as their forced smiles did not match the look of confusion on their faces.  It was obvious that they didn’t see the vision I had.  Sometimes you have to show people the value of something, and that’s what I did.  Everything on this truck was done with my two hands, with exception of installing the new windshield and rear slider.  All of the hard to find parts were bought at LMC Truck, a resource that allows us passionate truck owners the ability to bring these classics back to life.  Thank you LMC Truck! 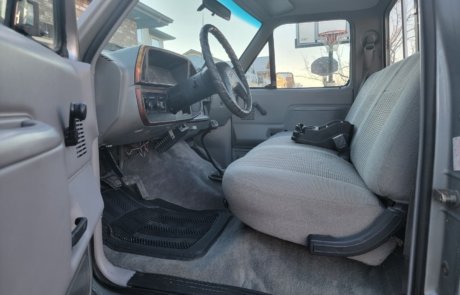 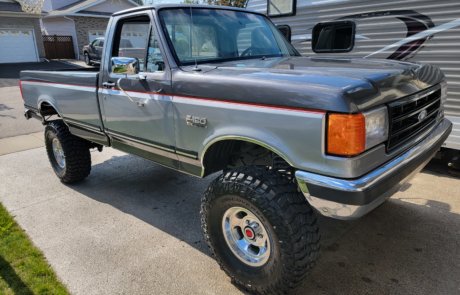 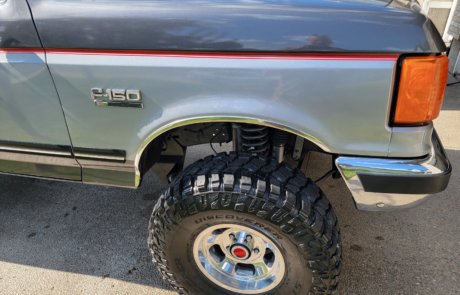 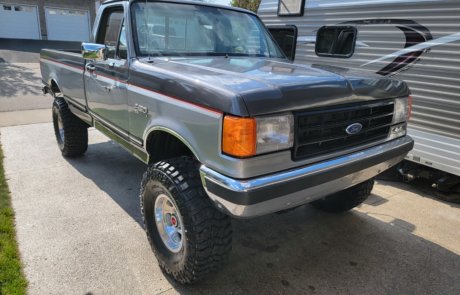 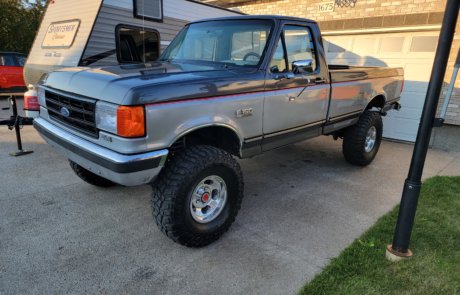 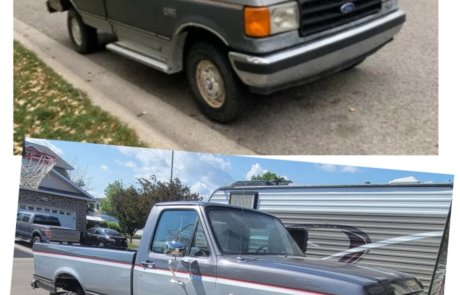