This is my current project truck, a 1962 Ford F-1000 Super Duty, …. and yes I said F-1000 Super Duty. This was from Fords heavy truck line from their Louisville plant. This was fords first usage of the “Super Duty” line up also, the super duty name signified that the truck had 1 of 3 gas engines from their Super Duty line of engines, which was the 401/477/534. The one I have was originally equipped with a 534, with a 5 speed spicer transmission, eaton 2 speed axle (5.86/7.56 ratio) and a dead tag axle.
I found this truck for sale in Arkansas and decided to rescue her. My plan for her is, to update her along with keeping her as original looking as possible. First on the agenda was being repowered completely, I pulled the original running gear out and installed a CTA 8.3 Cummins with a eaton 9 speed overdrive and a 4 speed spicer auxiliary transmission, also, replaced rear suspension setup with a freightliner rear cutoff, which added freightliners “airliner” suspension and a rockwell tandem setup with 3.58 rears
This has been the story so far about my project, Im currently repairing the little bit of rust on the body with the help of LMCs repair panels. I hope to be able to update this as I go, because I still have alot of progress to go. I hope y’all will be able to ride along with the progress too 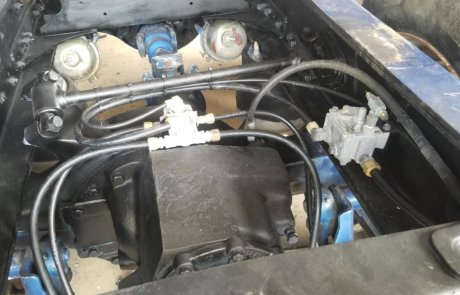 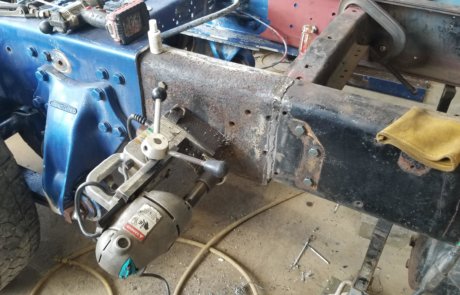 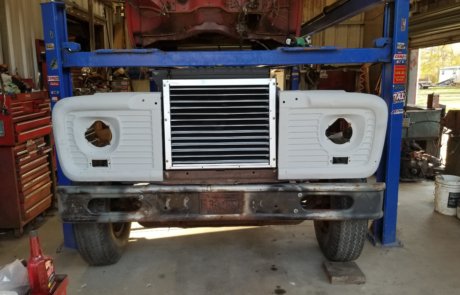 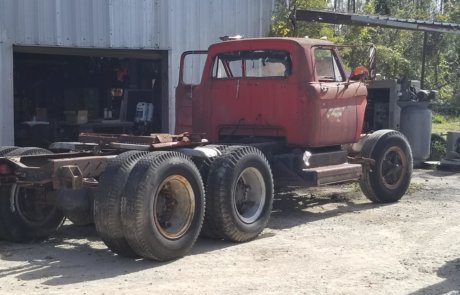 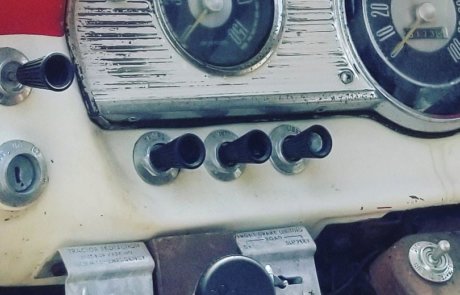 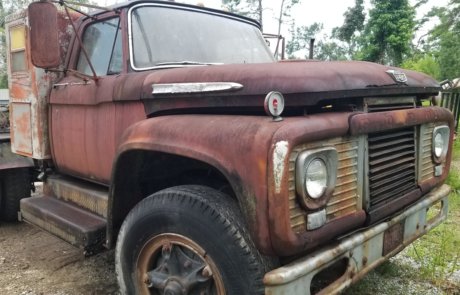