I had originally purchased this Chevy 1-ton truck from a friend of mine in 2001. It was in pieces and in the middle of being restored and I couldn’t wait to finish it. My little brother, Tim, had just graduated a few years prior from high school were he learned how to do body work and paint. He was just as excited as I was to finish this beauty of a truck. After eight months of hard work and putting all of the included parts into the truck it was ready for it’s first paint job. We decided on Chevy Autumn Maple Fire-mist, House of Kolor Tangelo Pearl and ultra-white for this one-of-a-kind paint scheme. For several years, I drove this truck as my daily driver, there was no question that regardless of rain, sleet or snow I was going to get wherever I was headed.

In 2014 I sold the truck to make room for a new antique vehicle. While my family and I enjoyed our new car, we missed the truck. Fortunately in 2018 I was lucky enough to buy the truck back. My brother saw it for sale, contacted my wife and it was decided that the truck would be mine once again. Within a week, my wife and I drove almost 2 hours away, loaded it onto a flatbed and were on our way home. The truck had switched hands several times in the 4 years it was gone and had been used and abused. The hood was caved in, the bed was cut for a 5th wheel trailer and the core support was damaged beyond repair. My ‘ole girl had definitely been driven much harder than she was when I owned her.

Once we got it home, the work started. I decided to name her “1 Ton of Fun” and immediately ordered the new license plate. We were able to locate some OEM parts from a variety of places and purchased all other parts from LMC. With help from my brother, his friends and our family we did a frame-off restoration and gave this truck the treatment she deserved. After three years of finding the right parts, and countless orders from LMC, she was ready for paint once again. We debated about changing the paint scheme, but it just didn’t feel like the right thing to do. So once again, Tim and his friend were painting the truck with the three colors he had used so many years ago. After 32 hours in the paint booth, she looked like she had just come off the showroom floor. My wife and I took her to her first car show this year and after the 3 year restoration it was worth it! She is powered by a 454 big block (bored 40 over),sitting on a 4″ suspension lift, Bilstein shocks, 35×12.50×16.5 Super Swamper Radials, and has a 4″ cowl hood and original visor.

Without my brother, our family and friends, and all of the LMC orders, this truck would never have made it back into our lives and back onto the road. 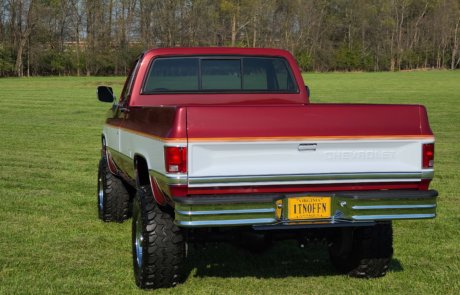 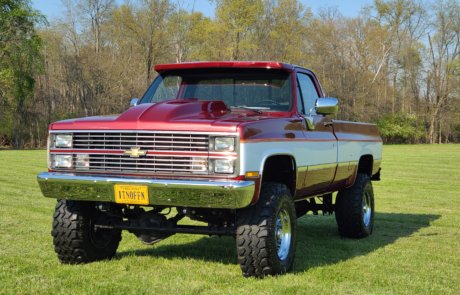 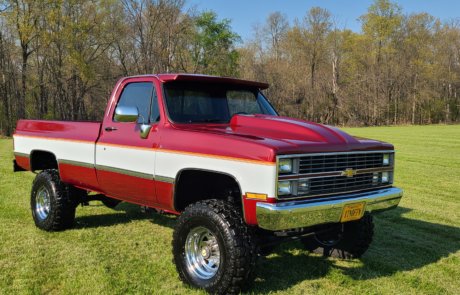 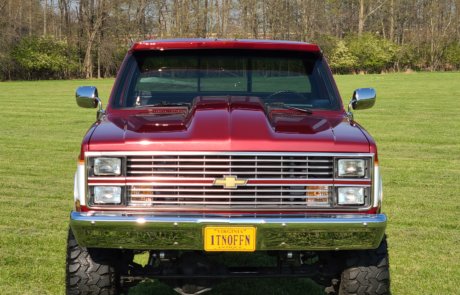 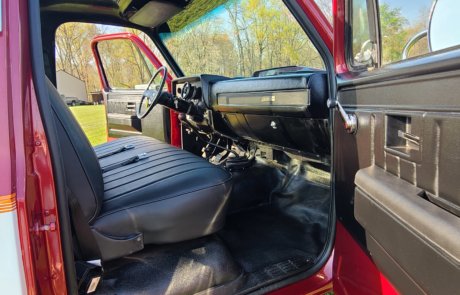 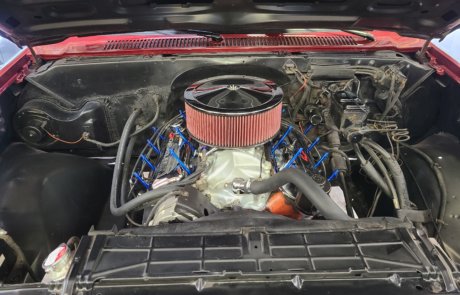