I am the second owner. We bought our truck locally in the fall of 1993. Our local Dodge dealer, who originally sold it in 1991, took it back on trade. That’s where our ownership began. I was in Highschool my father bought it as the family car due to the 4wd and large capacity for a family of 5 and a dog. By 1995 I was driving it to college and used for continued family use. By 1998 we replaced the Ramcharger as the family car. We no longer needed it. It was awful on gas, rode hard, and was put away in the old wood shed.
In October 2010, my father gave me the truck. I pulled it out of the shed. The undercarriage was severely rusted, as were the rockers and rear quarters. I commandeered the family garage and broke the truck down. I took the body off the frame, removed the Dana 44’s and suspension, sent the motor out for a rebuild, and freshened up the transfer case and transmission. The frame was put on a trailer and shipped south to a powder coat shop that had an oven large enough to do the job. While waiting for the motor, trans, and frame. I rebuilt the axles with 4.10 gears from Yukon Gear, wire wheel cleaned the rust, then coated in POR-15. The rockers and quarters were cut out, and new metal from LMC was patched in. After thousands of dollars and a few months passing by, I had the Ramcharger back together. The problem was with the lift. The Ramcharger was now too high to get out of the garage. So I went to the local junkyard and borrowed a set of 5 lug rims. I drove the truck out on rims and then put on the wheel package outside. I love the truck. Its been in the family for 29 years. It has been to Mopar Nationals and placed top 3, as well as 1st place at many local car shows. My boys enjoy sharing in the fun. I take the kids on adventures most weekends with the old Ramcharger. However, it gets put away for the winter, and we do it again in May. 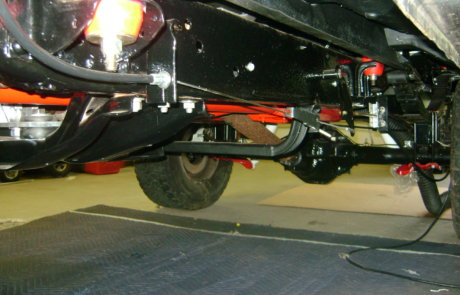 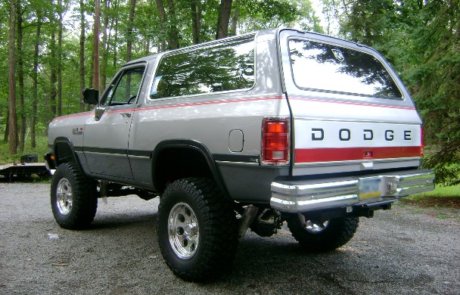 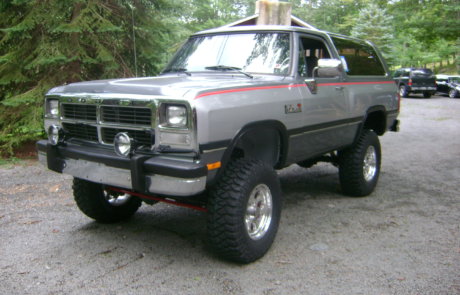 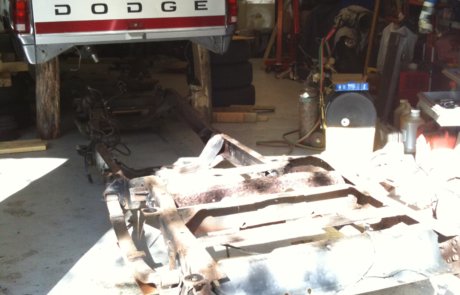 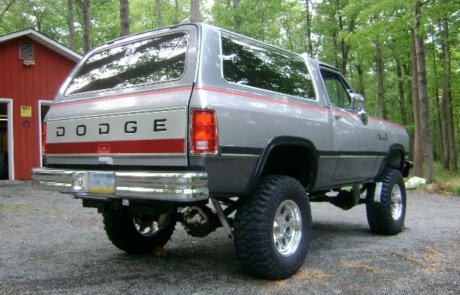 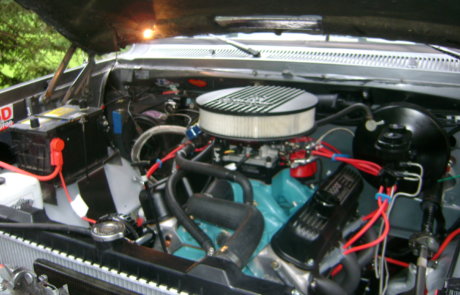