Our Grandson Jackson has been working right along his Grandpa and his Dad in the shop at 3 Bay Classics on FB for a couple of years. He is now 13 years old and was interested in trying to locate a 63-65 Chevy shortbed.
We happened upon just what he was wanting as his first driver….1963 Chevy C10, step side, 283/Muncie 3 speed Hurst shifter, updated interior.
When he found out about this truck, his eyes and heart were wide open. He and Grandpa made a road trip to Decatur, Indiana…but not before he had researched this truck in every way he could. We had the best time driving to the east side of the state of Indiana.
When we got there we met the owner and his wife….such caring people and great love for their truck. Then Ron opened the door to the garage where he kept her…
The patina was just what Jackson had envisioned….and then Ron hit the go button….OH MY! That 283 came alive….with her Comp Thumper Cam and all the correct internals to go along with it. The look on Jackson’s face was priceless and he had “perma grin”….from ear to ear….As they say, “For everything else, there’s American Express”.
We talked it over…not only Jackson and I, but included Ron with us. We wanted this to be so special for not only our Grandson, but for Ron and Shaun Bertsch as well.
They were so excited for Jackson. This being his truck and only being 13 years old.
When we got her home, we put her in the shop…but not until Jackson and his Dad Clint Minglin took her for a cruise. We live in a town of about 500 and when they were heading back, I saw that Jackson was driving…and doing quite well, I might add.
On his first day of 8th grade school this August, Grandpa got up and surprised him with a ride to school in his truck! He still had the “Perma Grin” thing going….
Long story Short….This was a proud Grandpa Moment! 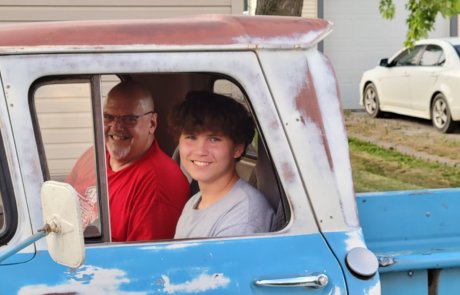 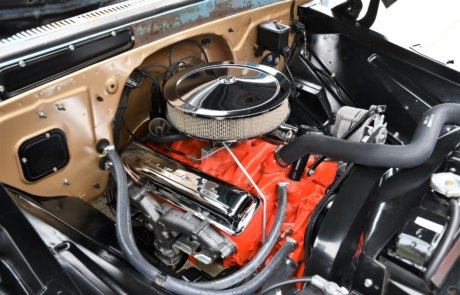 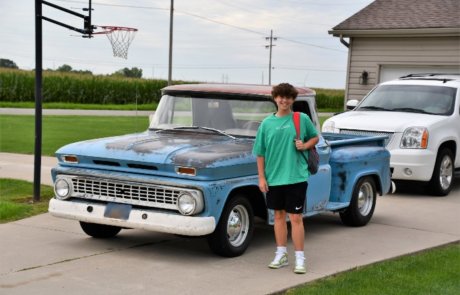 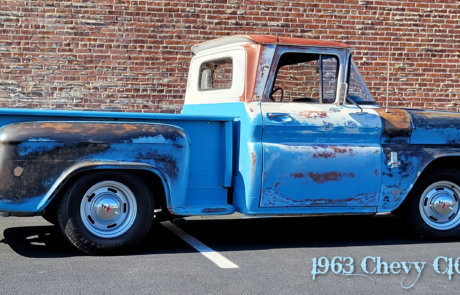 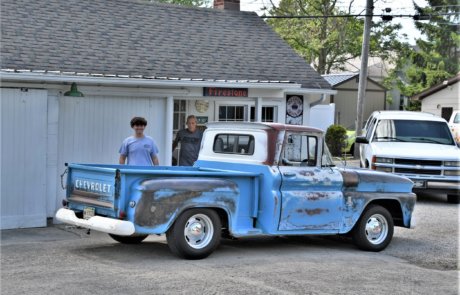