After the truck arrived on a Hotshot car hauler, I took apart the interior and replaced it with period correct seats, steering wheel, and carpet. The paint was in awesome shape, so that was left alone. I did remove a couple of door dings, though.

My intention was to keep it stock, but when I saw how excited my dad was about the truck, I decided to hot rod the truck. So that is the reason the truck is the way it is now.

My dad’s health was declining fast, so I wanted to make sure It was done while he could still enjoy it.

Next, I picked up a vortec 5.7 block to replace the tired old TBI 5.7. The block was bored over to 383, and the motor was stroked.

We debated on what color the engine should be, and of course, the obvious colors were black and orange. My pops then said well GM did have a blue engine, and that will match your interior, so blue it was.

I knew the transmission was old and weak, so that was replaced by a nicely built one and controlled by a stand-alone controller.

The truck was finally drivable in 2019, and my pops was the first person to ride in the truck.

Soon after that, my dad was admitted to the hospital, where he was diagnosed with several different lung diseases that were a result of different chemicals he was exposed to while in the war.

My dad passed on, but I continued the build in his honor.

The best part about the truck is my dad signed the sun visor right before he pass. My dad’s memory will always be with this truck 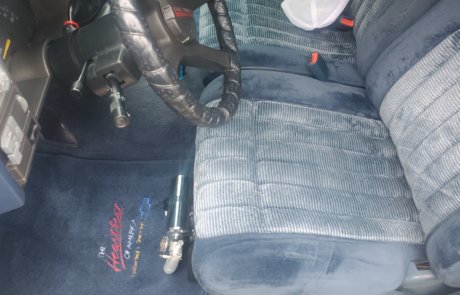 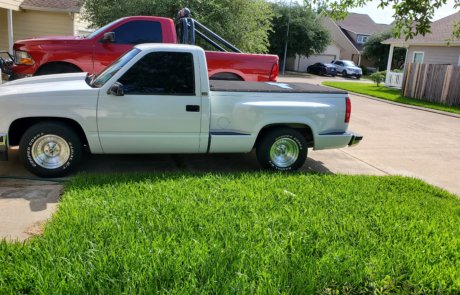 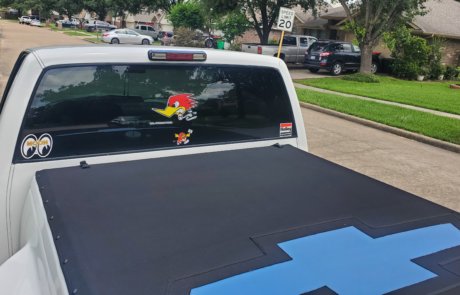 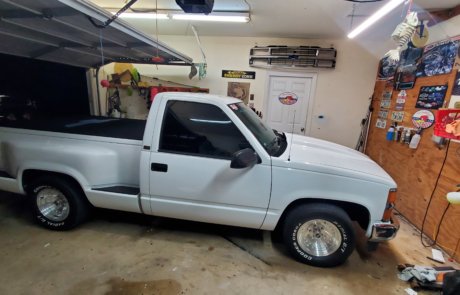 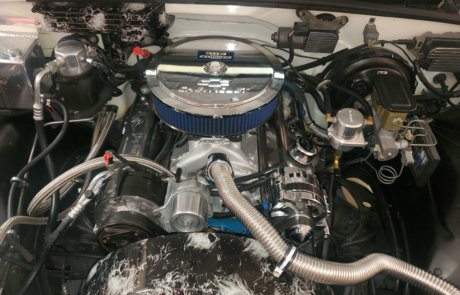 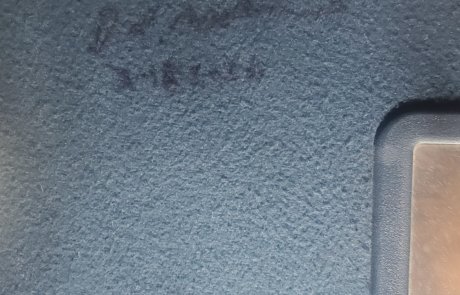