As a child I used to dream of being in an RV travelling across the country. After 60 years and three children. That dream has finally come true. The search for a truck and camper has begun. Join me as I give a new life to an old truck camper.

In my 60th year I begin to get the itch to travel the country. I am not sure if it was from watching videos of others doing it or from a dream I have held on to for many years but life got in the way and I was never able to fulfill it.

After much thought it was now or never. I chose now. And so the search for a camper began. I gave this much thought, did I want a travel trailer, perhaps a van would suit my needs. Maybe a bus! That is the newest crave these days. Being it would most likely just be me and my dog I decided on a truck camper. But wait I don’t own a truck that would carry a truck camper and so the quest began as I searched for a decent truck.

Finding The Truck
I figured I needed at least a 3/4 ton and so day after day I search CraigsList and FaceBook for my truck. I finally came across a 98 GMC Sierra 2500 in fairly decent shape. The body was in great shape for a truck of that age and the guy told me it just a while back had a new motor install and now only had 80,000 miles. He then showed me the paperwork. I also learned that he was in concrete work and had beefed up the rear because he haul cinder blocks. I was thinking I was two for two and purchased the truck for $2,000.
Slowly started going through the truck and fixed or replaced many things. But overall it was a pretty decent truck for the money. I have since done a small amount of body work on body at the bottom and spayed it with bed liner to protect it. The truck came with a plow package and was wired with two batteries which was another plus as you can never have too much power. I decided to install an isolator to protect the starter battery and added a beefier alternator to handle all the batteries I planned to install in the camper. I hoped to have solar down the road.

I continued to go through the truck and fixed or replaced anything I came across needing repair. I now have a 22 year old truck that runs like a dream. 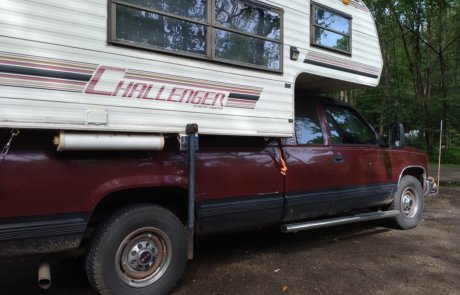 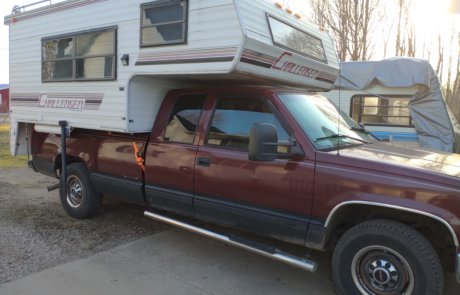 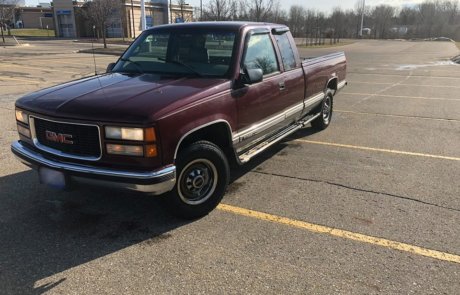 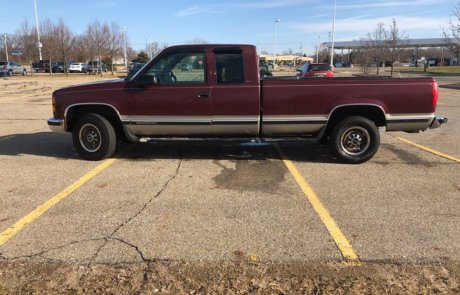