In 1986 I ordered a new GMC suburban with every available option at the time, except rear a/c. I took delivery in 1987, along with my new daughter, Haylee. I was a river guide at the time, and living in oregon I didn’t feel rear a/c was necessary because my fishing gear would take up nearly 2/3 of the back area. I wasn’t worried about resale value either. After numerous hunting and fishing excursions, 8 years later in 1995, i ordered a new suburban. I had a friend who was interested in my ‘87, so i sold it to him. He installed a new 350 target motor at that time, and was going to tow his travel trailer. In 2000, he switched to a 5th wheel, no longer needing my truck, so I bought it back! That year, I had it repainted. 20 years later, I began installing several interior parts from LMC Truck. Door trim panels, a couple gauges, new carpet kit throughout, a/c vents… the truck is completely original minus the LMC parts, with not quite 400,000 miles. In 2018 i purchased another new GMC YUKON XL. It sits in the garage nearly 5 years later with less than 14,000 miles. The reason? I love my daughter and her 1987 big red truck! 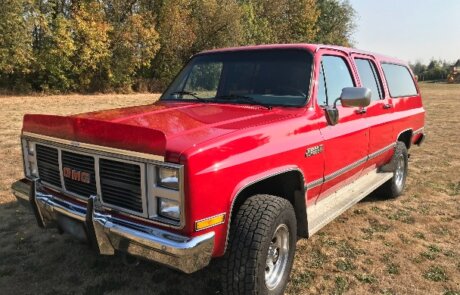 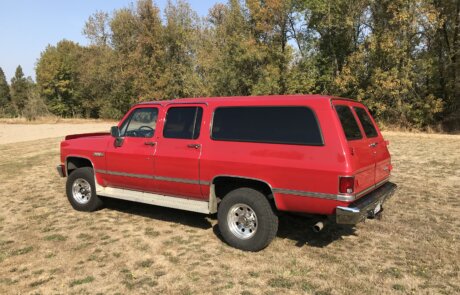 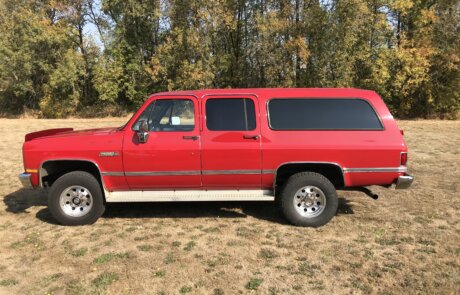 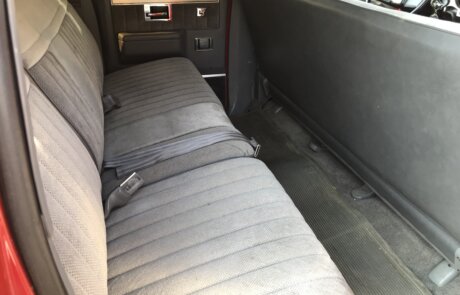 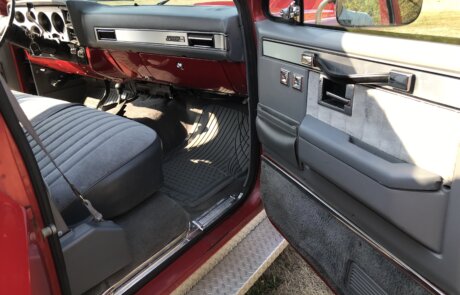