In 2012, I had wrecked my 1972 Dodge Dart Swinger and was on the hunt for a new vehicle.  I had owned many older cars throughout the years and they weren’t very reliable.  So, this time I said I was going to buy something reliable like a Toyota Corolla or Honda.  I searched Craigslist while at work and stumbled across this 1983 GMC c1500.  The pictures looked fairly decent but the price looked even better.  I knew I was in love with it before I even bought it because I kept opening the ad throughout the night.  I sent the ad to my father and asked him to take a look at it for me since it was in North Carolina and I lived in Maryland.  My dad went to check it out and called me.  He said, it has some rust son but it seems like a good truck and the guy is willing to let it go for 1200 dollars.  I said, tell him he’s got a deal.  My father brought the truck up to my house during the Thanksgiving weekend and that Monday I showed up to work in it.  My colleagues were less than impressed and actually laughed because they thought I was going to buy something reliable.  This was 2012 and now it is 2022.

The truck has been my daily driver ever since that day and has only been off the road for minor maintenance or major upgrades.  The truck was originally a 305ci engine with a th350 transmission and 276 rear gear ratio.  However, now it has been upgraded to a 350ci engine with Vortec heads, flat top pistons, and a comp cam camshaft.  It is still sporting the th350 transmission but I upgraded the rear end to a 323 Eaton TruTrac with Moser racing axles and a Wilwood 4 piston rear disc brake conversion. The truck has also been lowered 4 inches in the front and 2 inches in the rear. I do almost all of the work myself.

The truck has since traveled all over the United States because I am active duty military.  It has lived in Maryland, Virginia, Mississippi, and California.  It has seen all three coastlines in the U.S. and been driven all over the country.  She really has been a dependable truck and makes me smile every time I drive her.  I truly am a C10 enthusiast, this truck and others I’ve owned have motivated me to start clubs and host events in the communities I’ve lived in.  I just want to meet other truck enthusiasts just like me.

My truck and I head to Colorado next.  I look forward to driving it to the top of Pikes Peak.  I hope you have enjoyed my story and if you need any additional information, please let me know. 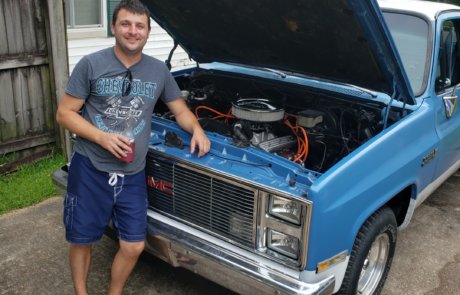 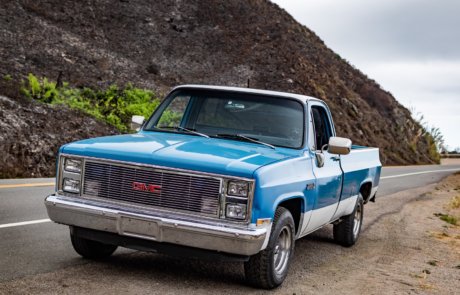 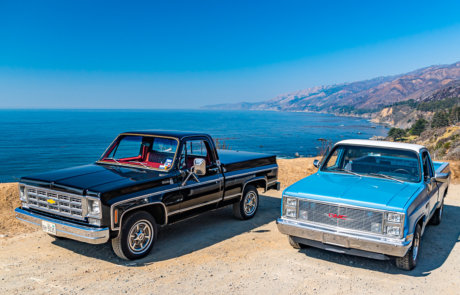 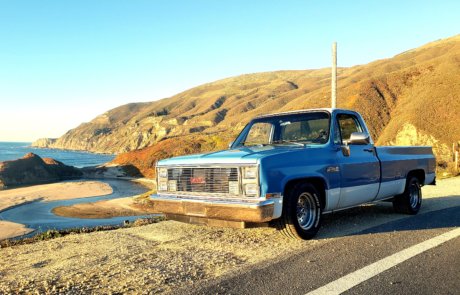 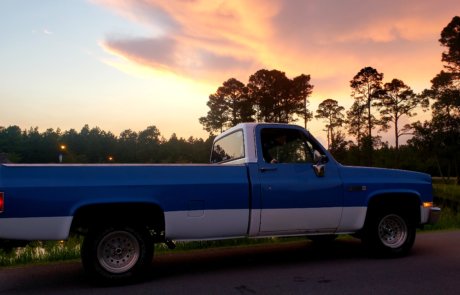 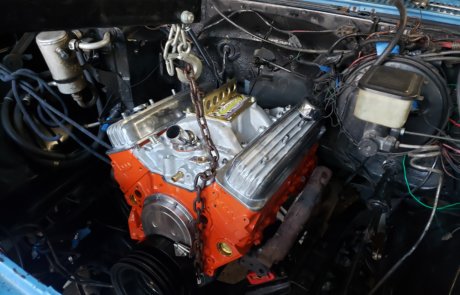 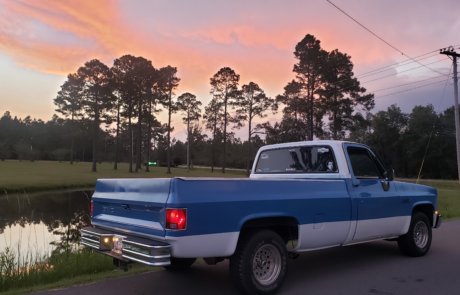